The American Association of Port Authorities (AAPA) – the recognized and unified voice of America’s seaports – today announced the launch of a campaign that will advocate for transportation infrastructure investment on behalf of the nation’s manufacturers, farmers and other workers who count on modern and efficient seaports to move American products to vital overseas markets.

Called the “America: Keep It Moving” campaign, AAPA’s U.S. members in the coming months will coordinate actions to inform policymakers, and those who influence policy, about the job-creating power of U.S. ports as the Trump Administration and Congress consider plans for national infrastructure improvements and funding. 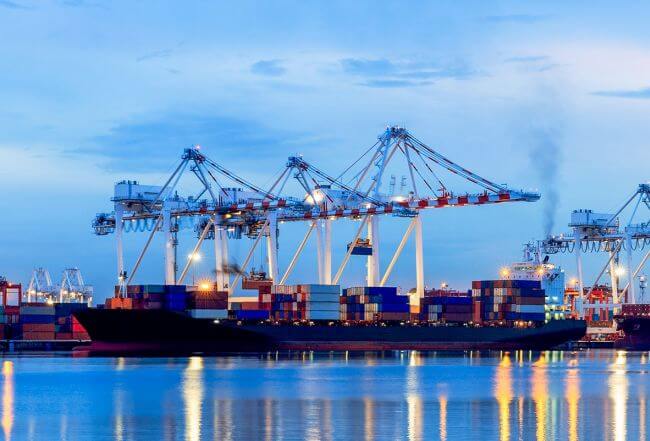 The health of U.S. port infrastructure affects not only coastal, Great Lakes and river communities, but has a nationwide impact. Port activity supports 23 million American jobs and generates $321 billion in federal, state and local tax revenue each year. According to a 2015 Martin Associates report, the total value of economic activity related to America’s ports is $4.6 trillion, representing 26 percent of the U.S. economy – and projected to reach 60 percent by 2030.

“Ports send products made in America’s cities, towns and rural communities to markets around the world,” said Mr. Nagle. “This activity is critical to the workers and management of U.S. manufacturers, service companies, farmers and nearly every other kind of business across the nation.”

The U.S. Chamber of Commerce notes that one of every of three acres on American farmland is planted for export markets, and nearly 12 million jobs are supported by exports nationwide, including a quarter of all manufacturing jobs.

Infrastructure investment impacts how efficiently U.S. goods are transported to port facilities for export. Among the highways that take U.S. goods to market, some 1,200 miles of the nation’s road, bridges and tunnels serve as vital freight connections to ports, much of which is in dire need of investment. According to the American Society of Civil Engineers, the cost of deficient highways could cost U.S. businesses and households up to $575 billion to by 2025, reaching a $3.2 trillion loss by 2040

“Deficient infrastructure affects everyone, from exporters of frozen meat and corn to manufacturers of machinery and electronics,” said Mr. Nagle. “Without efficient land connections to seaports, U.S. agriculture and manufacturing exporters in America’s heartland will suffer.”

The volume of freight in the U.S. is projected to grow more than 40 percent by 2045, while the value of that same freight is projected to increase about 92 percent, according to the U.S. Department of Transportation. By 2037, the U.S. will export more than 52 million shipping containers through U.S. seaports each year. To meet the growing demand, AAPA is working to make seaports a key priority for policymakers considering plans for investment in U.S. infrastructure, and is advocating for the following:

Elimination of Bottlenecks and Expanded Capacity: Increasing investments in U.S. Department of Transportation programs that target seaport infrastructure, including FAST Act freight programs, and the StrongPorts and marine highways programs.

Secure Ports and Borders: Adequate staffing and resources for Customs and Border Protection (CBP) and the U.S. Coast Guard are critical, along with making port authority projects a high priority for FEMA Port Security grants.

“With American jobs at stake, we must prepare the nation’s infrastructure to meet a growing demand for the safe, efficient movement of freight,” said Mr. Nagle. “To keep America moving, the time to invest in port infrastructure is now.”