You are here: Home › Shipping News › A Seafarer’s Account of Capture by Pirates
TwitterFacebookLinkedInPinterestBuffer

Tu, aged 25, is a Vietnamese seafarer. He worked on board a Taiwanese fishing vessel which was attacked by Somalian pirates then held in captivity from 25th December 2010 to 17th July 2012.

Tu narrated this story in December 2015. He has permitted the translation of his story for use by the Maritime Piracy Humanitarian Response Programme (MPHRP).

On 25th December 2010, Tu was woken up by the sound of an alarm. He was told the fishing vessel was under attack and that the crew was reeling in the fishing equipment in order to retreat. However, upon seeing a Korean tanker in the distance, the crew believed they were safe and continued with their day. Then they saw motorboats approaching and within minutes the pirates had boarded their vessel. The pirates were armed and their plan was to use the fishing vessel to detect and capture hostages from other ships. 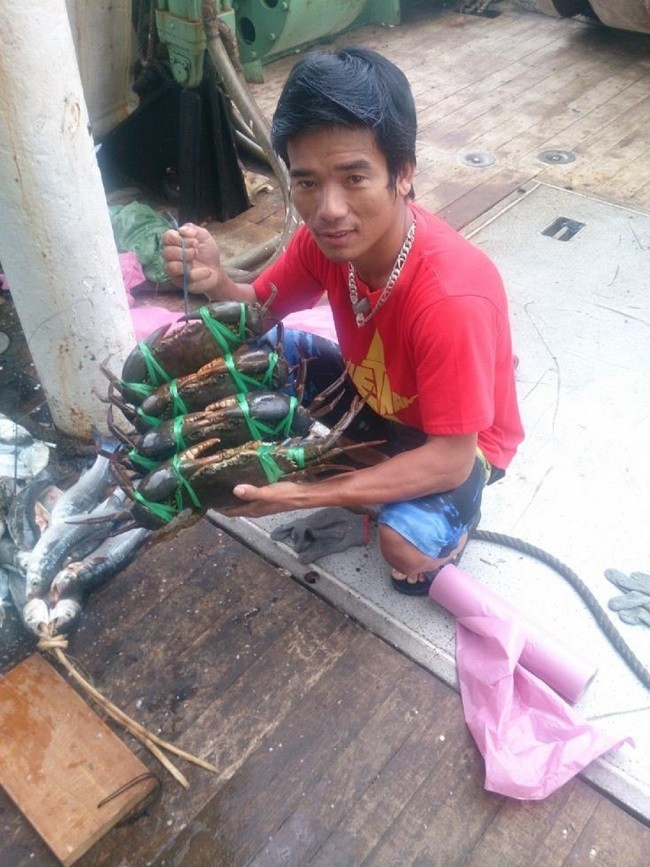 The crew were fed on rice that had been wet for some time and had started to mould. At first, the crew refused the rice but realising they would not eat without it, they learned to at first pinch their noses to avoid the smell, then eventually they became used to the moulding food. During this period, the pirates would contact the ship owner and demand a ransom, then be turned down as the amount was thought too much.

Eventually, the vessel’s fuel ran out and the pirates tortured the chief engineer when he could suggest no way to restart the engine. However, the second engineer advised them to open all the fuel oil tanks to collect the remaining oil, and this was enough to reach an island. For a short time, the crew persuaded the pirates to let them fish, then the pirates retracted their permission. Some of the crew fished anyway, but if they were caught, they were beaten.

After some time, the vessel drifted and ran aground. The crew were then transferred to land by motorboats. They stayed in an uninhabited house, and were made to carry all the equipment from the vessel ashore, they were forced to carry twice their body weight and were beaten if they could not manage. The crew found some rolls of string and knitted fishing nets, they again persuaded the pirates to let them fish (by swimming out to sea), this was again short lived as the sea was rough and the pirates did not want to lose the money from any of their hostages if they drowned. One day, the pirates made the skipper phone the ship owner and demand a ransom, and when he was refused, they beat him. The pirates began beating and torturing the rest of the crew when their demands were refused.

Later, the pirates led the crew into the forest where they lived under the shade of a tree. They were so hungry, they weren’t sure they would survive and started to catch grasshoppers to eat. To drink, the pirates gave them a strange dark liquid that was bitter and caused them stomach pains and kept them awake. However, if they did not drink it, they would go thirsty. One day, one of the seafarers woke to find pimples all over his body; it transpired they were maggots living under his skin. Other members of the group soon had the same problem.

One day, an interpreter arrived and asked them what they had been dreaming of. They naturally replied being released, and he informed them that this day had come. The crew cried with happiness. They were then separated into two groups, one would be taken to the location where the ransom was to be dropped by aircraft, and the other would be held back until the money was received. A naval ship had come to collect the group, but the sea was rough and the motorboats they had originally sent to transfer them ran ashore. Instead, a helicopter was sent to transfer them, and the Chinese naval ship took the crew to Tanzania where they stayed at the Vietnamese embassy until they were repatriated.

Tu was relived to be home but was in a state of panic due to having been in captivity for such a long period. His loved ones were surprised at his changeable behaviour. He swore that he would never return to sea after the incident, but was forced to break his oath as he was unable to find another job ashore.

However, he married in early 2015 and continues to lead his life as a free man.