The maritime industry is already famous for making “larger than life” vessels, machinery and systems. This year was no different with a number of “world’s largest” launched, making new records or breaking old ones.

2016 not only saw larger vessels being launched but also the launch of largest rigs and semi-submersibles. World’s largest locks were also installed and opened in this year.

Here’s a list of some of the important “world’s largest” projects launched by the industry this year. Let’s take a brief look at all of them. 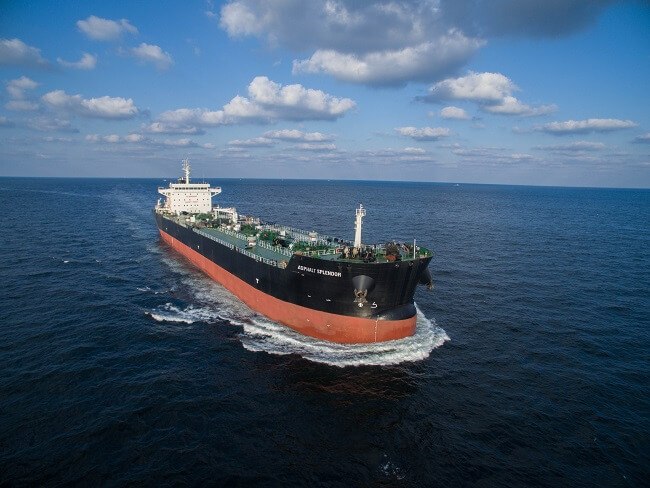 Asphalt Splendor meets all of these requirements and also excels in environmental and operational performance. The vessel can carry hot liquid asphalt at temperatures up to 170 deg C in sixteen independent tanks with a total capacity of 35,666 cu m.

This year, Harmony of the Seas became the world’s largest cruise ship with gross tonnage of 22,700 and 362 meters pushing her sister ship, Ovation of the Seas to second place. 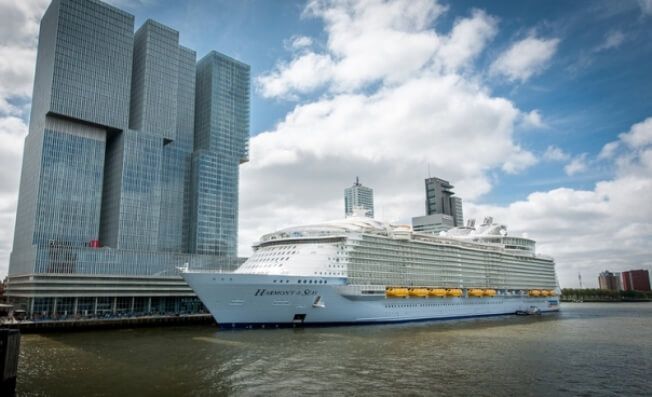 Harmony of the Seas is some 20 per cent more fuel-efficient than her sister ships, includes many innovations designed to ensure sustainable operations and has been classed by DNV GL. Port Everglades in Fort Lauderdale, Fla is her permanent homeport.

2016 also saw the launching of Maersk Invincible is the largest of Maersk Drilling’s four XLE jackups constructed by DSME. With a leg length of 679 ft, the Maersk Invincible is also the world’s largest jack-up rig and is designed for year round operation in the North Sea, in water depths up to 150 m (492 ft). 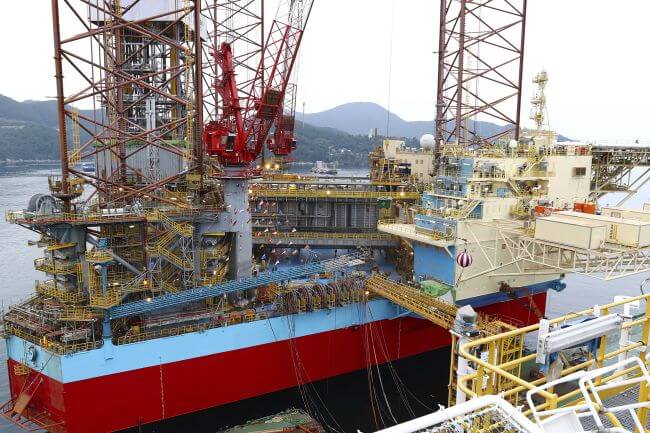 It is capable of withstanding and operating reliably and safely in waves of up to almost 30 metres. Maersk Invincible has been mobilized to North Sea under a 5 year contract with BP Norge to work on the Valhall field.

Magnor, launched in 2016, is the world’s largest Backhoe Dredger has been constructed by Ravestein for Boskalis. At 72.0 x 20.4 x 5.5 mtr the Magnor is larger than any other backhoe dredger. The vessel has been fitted with two large deck cranes and comprises of  all the necessary such as a large deck workshop, stores, machinery and an accommodation fully outfitted to receive a crew of eight. 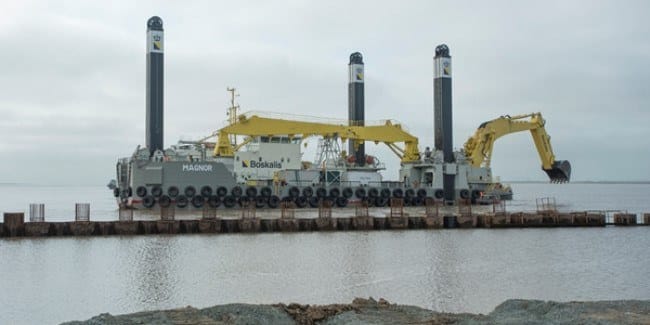 Magnor is capable of dredge to depths of 32 mtr using the biggest bucket with a capacity of 45 m3, nearly 1½ times the volume of a 20’ ISO Container.

The bucket of the Magnor will be able to lift no less than 67,000 kilograms of dredged material. The dredger and all its components are built according to Bureau Veritas classification. 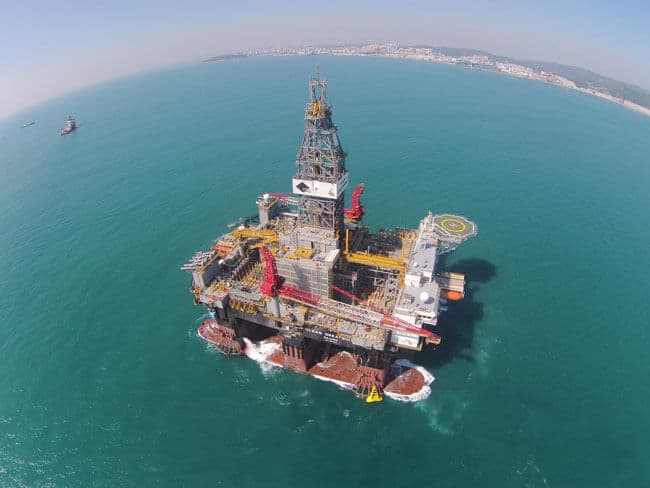 Ocean Greatwhite is capable of operating in depths of up to 3000 metres and can drill down to a depth of 10,670 metres. It is also the first new-build rig to receive the DNV GL Integrated Software Dependent Systems (ISDS) notation. Constructed at HHI and owned by Diamond Offshore, Ocean Greatwhite is chartered to oil major BP and operate in the Great Australian Bight.

The ABS-classed Navigator Aurora, the world’s largest ethane/ethylene capable liquefied gas carrier has been constructed by Jiangnan Shipyard in Shanghai, China. It has a cargo carrying capacity in excess of 37,000 cbm, enabling the vessel to hold up to 20,000 tonnes of ethane/ethylene. 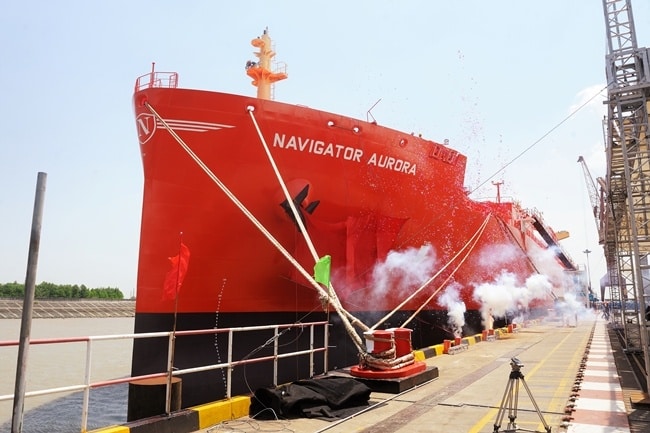 It is fitted with dual fuel engines that enable the ship to operate on either diesel fuel or LNG, making it capable of meeting the most stringent current and future air emissions requirements.  The main engine is the most fuel efficient 2-stroke engine on the market designed with a high pressure gas injection system. This state of the art vessel has been chartered for a minimum of 10 years to the European chemical group Borealis for the transport of ethane from the U.S. East Coast to Europe

2016 also saw some more “World’s Largest” projects that were a part of the maritime industry. The major ones include:

The world’s biggest underwater restaurant, made of acrylic and steel structure was transported to the Maldives under GAC’s project logistics expertise. 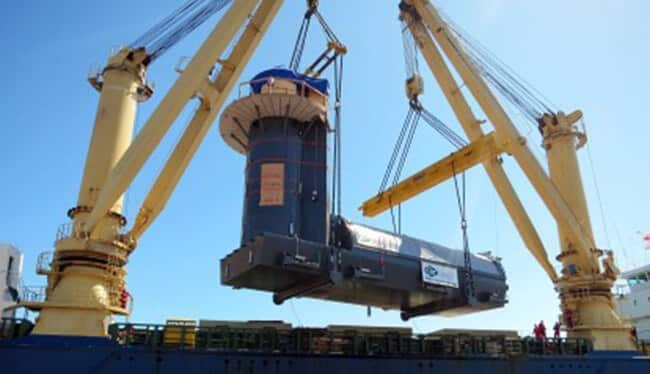 The restaurant, complete with its 13m high stairwell, was lifted onto a 200 wheel trailer with the help of four trucks – two pulling, one pushing and a fourth on standby for backup. It was then lifted onto Jumbo Maritime’s vessel, the ‘Fairlane’, lashed,welded, secured and protected. The precious cargo was lifted from the ship on reaching the destination and positioned onto 8m and 14m piles.

The biggest lock in the world, Kieldrecht Lock has a price tag of €382 million and ensures smooth access to the Waasland harbour. The Kieldrecht Lock strengthens the competitiveness of the Port of Antwerp and will attract new economic activity to Flanders. 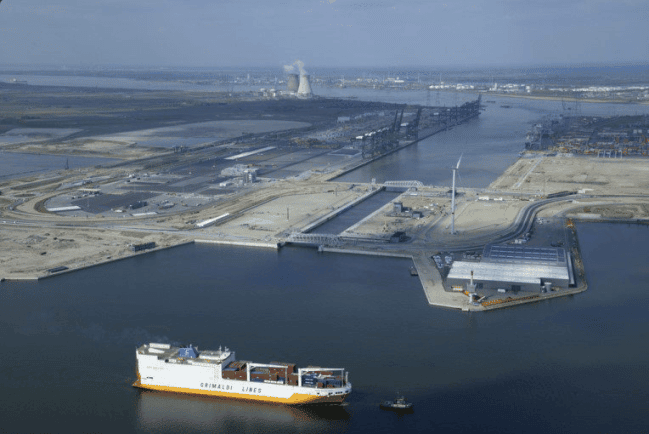 With a length of 500 m, a width of 68 m and an operational depth (TAW) of some 17.80 m, the biggest lock in the world can accommodate the largest seagoing vessels.  The new lock constitutes a strategic infrastructure asset for Europe, increasing the navigation capabilities, ensuring maritime and river transport and increasing the international attractiveness of the Port of Antwerp.

The largest fibre reinforced polymer (FRP) lock gates in the world have been installed in the new Lock III in the Wilhelmina canal in Tilburg. Never before have FRP lock gates of these dimensions (6.2 x 12.5 metres) been installed. The mitred gates can control a water level difference of no less than 7.90 metres. Fibre reinforced polymers are strong, light and require very little maintenance. 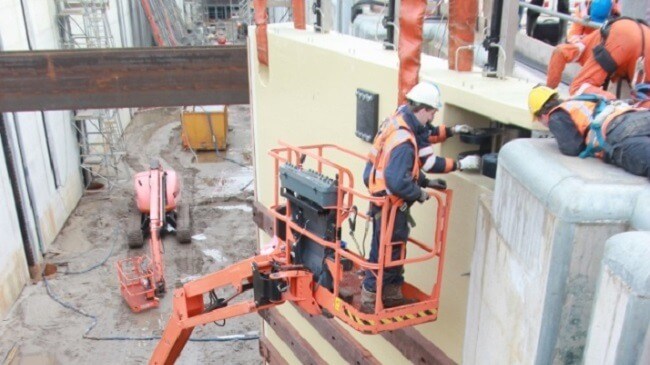 An important sustainable benefit is that the gates have a two to three times longer lifetime than conventional gates of wood or steel, because fibre reinforced polymers do not corrode. In addition, there is very little wear on the pivot points of the gates, because the gates have the same specific weight as the water. The installation of FRP lock marks the beginning of Wilhelmina canal expansion project.

This is not an exhaustive list of “World’s Largest” launches, deliveries and installations of the maritime industry. However, if you think that we have missed out any important launch, let us know in comments below.

What Are The Security Levels Under ISPS Code?
What are Viking Ships?