Gulf Navigation holding PJSC (GNH) reported the missing of livestock carrier MV Gulf Livestock1 when it was en route from New Zealand to China, with 6000 livestock on board and 43 crew members. The Japanese Coast Guard received a distress call and they responded to it, through which out of 43 crew members, only one crew, the chief officer of the ship was rescued.

Sareno Edvarodo, a 45-year-old chief officer from the Philippines was rescued by the coast guard. He said the ship might have capsized after the typhoon hit Japanese waters. Out of 43 crew members, 39 were from the Philippines, two from New Zealand and two from Australia.

After a week of searching the missing personnel by Japanese coast guard and finally calling off the search procedures, an online fundraiser from Australia has been set up to resume the search for the missing livestock carrier.

Two Australians, Lucas Orda and William Mainprize, 25 and 27 respectively were among the 43 crew members that went missing after the incident. The friends and family members of Australian crew members were not losing their hope and were trying their best to search them. They started an online fundraiser on GoFundMe page and raised nearly $50,000 in a single day.

The family members told that the money raised will be going towards satellite and drone surveillance technology, chartered search, rescue vehicles, awareness programs and search initiates. 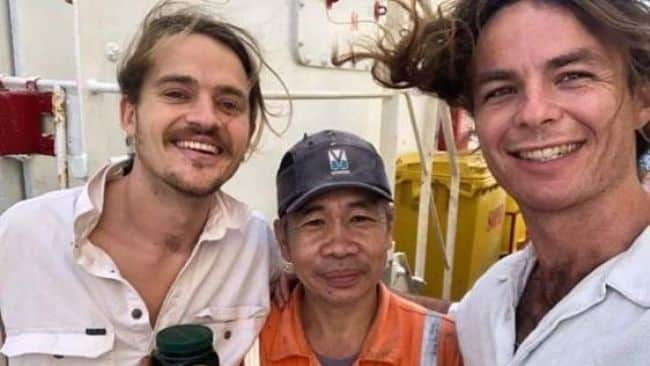 Australia’s Foreign Minister and Deputy Prime Minister have released a joint statement saying they are pressurizing Japanese authorities to continue the search of the missing crew members.

Lucas Orda’s parents started a petition on Change.on where they received whooping 55,000 signatures in the last week. Lucas’s parents are highly obliged to the Japanese search team but got highly devastated after getting the news that the search party was called off.

The families of missing crew members are still hoping that their son will return back to them. William Mainprize’s family added, “We are so desperate to get him, and also the rest of the crew back, as soon as possible.” They’re hoping that big techs like satellite, GPS systems and drones will help them to complement the government’s efforts so far.