DFDS, a Danish shipping company, recently reported a record result for 2015. In the series, ‘How we did it’, they share the ideas and strategies that contributed to the success. In this story you learn how DFDS managed to become both greener and more profitable during 2015.

Working towards a greener DFDS has helped to reduce our impact on the environment and to comply with international legislation. Today’s financial results, however, have also shown that the environmental efforts go hand in hand with our strivings to reduce fuel costs and thus to benefit business, giving DFDS a competitive advantage over other transport companies. Our current major environmental initiatives are the reduction of CO2 and sulphur emissions. 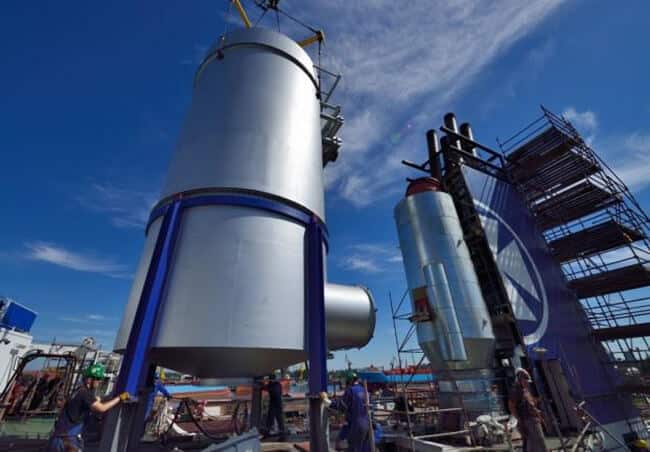 “We have several ways to reduce oil consumption. One is changing schedules and being faster at loading and discharging ships to get more time at sea so we can reduce speed. This is the most efficient way of reducing fuel consumption,” says Poul Woodall, Director of Environment and Sustainability at DFDS.

However, much can also be achieved on board. “Therefore, we have a competition among our ships. The ship crew in our fleet that can reduce oil consumption the most in a single quarter is rewarded with a prize of EUR 5,000, which they can spend for their common good as they like,” says Poul. This means that everyone on board thinks about what he or she can do to save fuel. This has triggered a flood of ideas.

By making the engine more efficient, changing pump valves, reducing the need for light, exchanging the bulbs with LED lighting, reducing ventilation to a minimum – and many other initiatives – all strive to reduce energy consumption a little bit every day.

“And what is really important, they share the ideas between the ships. This means we have the real experts, those who work with the ship every day on the bridge, in the engine room, on the deck, in the galley doing their utmost every day to generate ideas and inspire each other. In this way we have reduced consumption by 3.5% from 2012, and we aim to reduce it by 5% by 2017,” says Poul.
This is not only a benefit to the environment. It also contributes to DFDS’ financial results as it reduces our costs for bunker oil – costs that, depending on the price of oil, have been as high as DKK 1.7 billion per year when the oil price was at its highest.

4. Smart responses to regulations – Scrubber strategy was the right decision

In recent years you can see part of our fleet emitting white smoke instead of the usual black. This is caused by the so-called scrubbers on our ships, for which DFDS has set aside EUR 100 million. Scrubbers are big installations that can wash sulphur out of the exhaust gases coming from the ships’ engines. This change follows new EU legislation from 1 January 2015, which demands that ships in the Baltic Sea, English Channel and North Sea use fuel containing less than 0.1% sulphur. This is beneficial to the environment and people as sulphur can harm our lungs. However, the oil containing only 0.1% sulphur, which is usually referred to as marine gas oil, is about 40% more expensive than the usual heavy fuel oil.

These 70-tonne scrubber installations cost EUR 3-4 million per ship. However, they enable us to continue using the cheaper heavy fuel oil so we can keep costs down and thus gain a competitive advantage, while at the same time reducing the emissions of sulphur to the required level. DFDS has now installed scrubbers on 18 ships, partly with co-financing under the EU TEN-T programme.

“Actually, our scrubbers clean the exhaust gas even more efficiently than required and they remove small particles that can also be harmful to our lungs. Therefore, scrubbers are a real advantage to the environment in our view,” Poul says.

In 2016 we continue to reduce our footprint and work towards a greener DFDS. The preparations for the new CO2 legislation in the European Union are in full swing and we hope to be able to present data demonstrating that the efforts have benefited the environment and have been the right financial decision for our company.