Almost 10,000 Filipinos have returned home from overseas in the last week by the facilitation of The Department of Foreign Affairs (DFA) in its initiative to bring home displaced seafarers and migrant workers since the escalation of COVID-19 cases in February 2020, on the 3rd of June, 2020.

Of those repartirated, about 51.23 % of overseas Filipinos provide sea-based service while 48.77% are land-based services. The demand and occupation of Filipino seafarers in locations like Panama, UK, Germany, Canada, Norway, and Singapore faced a huge challenge due to halts and restrictions to a number of cruise ships following lockdowns in countries.

The inability to berth in ports forced the passengers to stay quarantined on their ships, beyond the tenure mentioned in their contracts. Using the Assistance to National Funds (ATN), The DFA also brought back Filipinos on a chartered flight from Phuket and Thailand, which included 2 cremated remains and 3 stranded infants, on the 29th of June. 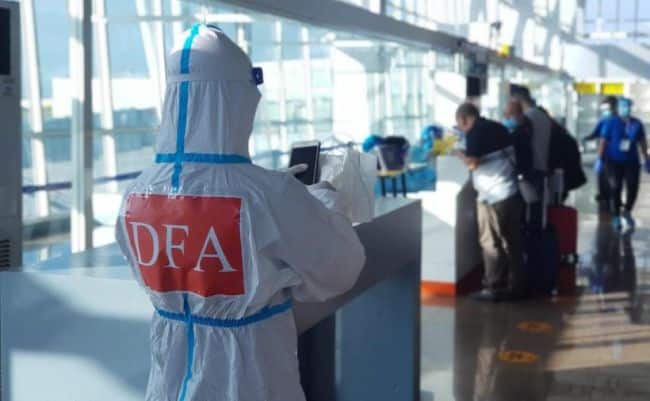 The active efforts by the DFA have resulted in the repatriation of 887 Filipinos from Oman and Kuwait. With a heavy population centered in the Middle East, there have already been 6 flights from Saudi Arabia and seven from the UAE which brought back 1630 and 2208 Filipinos home. The DFA plans to facilitate a couple of more to repatriate more Filipinos.

The current number of repatriated overseas Filipinos currently stands at 68,440 with the highest number of returns from Sri Lanka, Singapore, United States, Barbados, and the Maldives on Friday.