A group of 24 seafarers abandoned since July after their ships were detained in Ravenna Port in Italy for alleged non-payment of bunker supplies has finally been repatriated. The seafarers were crew members on board the Maltese-flagged chemical tanker Gobustan and the general cargo vessel Sultan Bey also registered in Malta.

Their ordeal began when the Gobustan was seized where it arrived on 8th July for alleged non-payment by the shipowner to the fuel supplier. The crew was not allowed to get off the ship as they are non-Schengen citizens and due to COVID-19 restrictions, so the ship was moored at the cruise terminal in Porto Corsini. 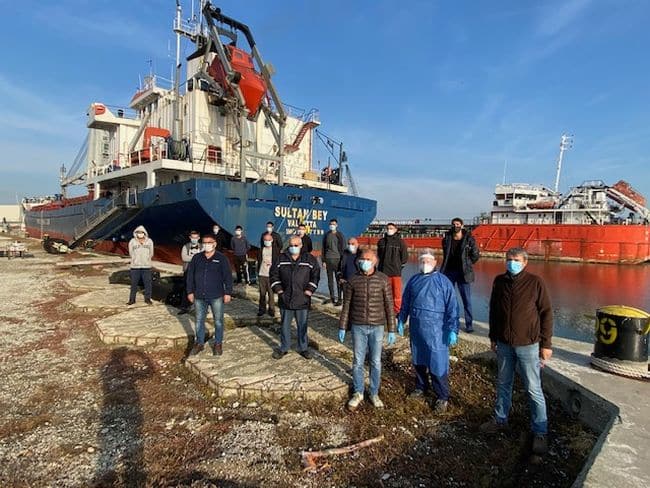 Days later, on 16th July the Sultan Bey, en route from Istanbul, was also detained by the Italian authorities, after docking at the Ravenna Bulk Terminal, due to the ship owner’s alleged outstanding debts.

Global maritime charity Stella Maris (formerly known as Apostleship of the Sea) and the Ravenna’s Seafarers’ Welfare Committee stepped in to support the stranded crew members, working together with local organizations to ensure that food, supplies, and fresh drinking water was available to the seafarers.

Stella Maris in the UK made a grant of £2,000 to its colleagues in Ravenna to help with the purchase of supplies for the men while plans were put in place for the seafarers’ repatriation. The crew of the Gobustan was repatriated on 3rd and 4th October while the Sultan Bey crew went home on 23rd and 24th October.

Expressing his thanks to Stella Maris, Carlo Cordone, President of Ravenna’s Seafarers’ Welfare Committee said it had been an uphill struggle to get the seafarers repatriated, due to various challenges. 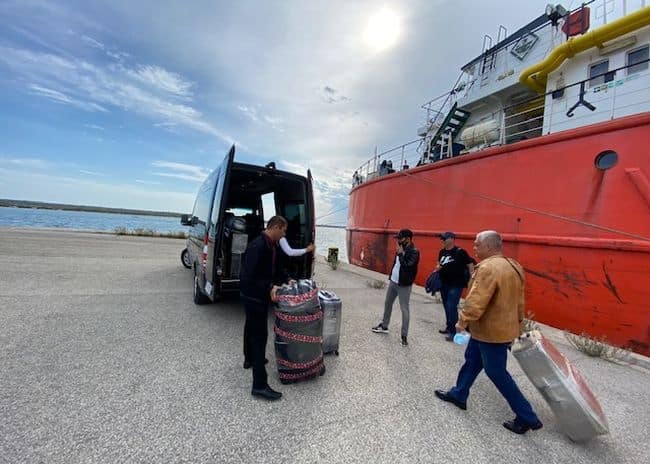 These included: air traffic bans due to Covid-19, arranging rapid response Covid-19 tests for crew members (and getting the results within 12 hours instead of the usual 24 to 48 hours), obtaining an extension from 48 hours to 72 hours of the Covid-19 free certificate from the Consul of Azerbaijan for the Azerbaijani crew and getting visa extensions for them. To add to all this, the war between Azerbaijan and Armenia with the high risk of airport closures made crew repatriation a very difficult and demanding task.

“This complex job, which led to excellent results and brought us at the side of these seafarers all the time, has been possible thanks to the support of many people involved, who got busy to answer our cry for help right away; thanks to the good spirit of cooperation between companies and institutions typical of our port and thanks to our ability to come together as a team in face of humanitarian emergencies,” Mr Cordone said.

“I can assure you that the shiny eyes of those men who had been permitted to go back home at last deeply moved me and paid me back for the huge efforts of the last few months. A heartfelt thanks to everybody!” he added.

Martin Foley, Stella Maris Europe Regional Coordinator said the successful outcome demonstrated the strength of Stella Maris’ network of over 200 chaplains and 700 volunteers in ports all over the world.

“Stella Maris is the world’s largest ship visiting network and these cases show that our presence in ports and ability to work closely with other agencies are vital in ensuring seafarers’ rights are upheld, especially in times of crisis,” he said.