The Ocean Cleanup, founded by Dutchman Boyan Slat, has unveiled its feasibility report, concluding that its concept is a viable method to clean the oceans from plastic. The report is the result of more than a year of extensive scientific research in engineering, oceanography, ecology, maritime law, finance and recycling. The feasibility study was financially supported by crowd funding and professional in kind contributions. The research was done by an international team of over 100 experts, predominantly on a voluntary basis. The next step, building and testing large-scale operational pilots, will be initiated as soon as sufficient funding has been raised.

The conclusions of the study mark the end of the first phase of the project in which the assumption that a cleanup of the infamous ‘Great Pacific Garbage Patch’ is impossible has been disproven. Within ten years’ time, almost half of the plastic could be removed.

In the past few decades, millions of tons of plastic have entered the oceans, damaging ecosystems and entering food chains. “I first became aware of the plastic pollution problem when diving in Greece, coming across more plastic bags than fish. Unfortunately, the plastic does not go away by itself. Hence I wondered; Why can’t we clean this up?” says Boyan Slat, who then founded The Ocean Cleanup Foundation. 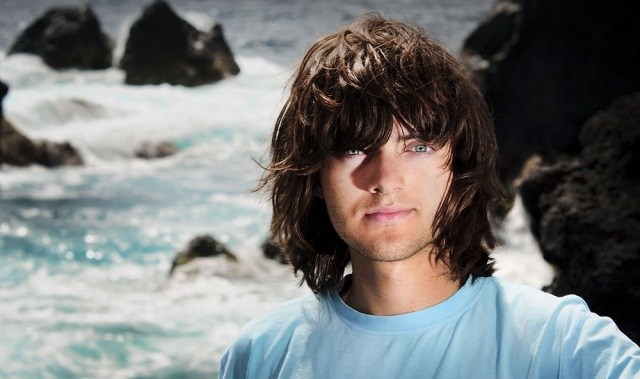 A cleanup has always been deemed impossible, costing many billions of dollars and taking thousands of years to complete. Besides, bycatch and emissions from ships would likely cancel out the benefits. “I wondered; why move through the oceans, if the oceans can move through you? By attaching a system of long floating arms to the seabed, the oceans could basically clean themselves.” The 530-page report – reviewed by scientific peers – concludes it is a technically and financially viable method.

Slat’s concept uses the natural ocean currents and winds to passively transport plastic towards a collection platform. Instead of using nets and vessels to remove the plastic from the water, solid floating barriers are used to make entanglement of sea life impossible. By deploying the proposed system for ten years, almost half of the plastic within the Great Pacific Garbage Patch can be removed.

In order to bridge the gap between the outcome of the study and the full implementation of the concept, the execution of a series of up-scaling tests ultimately resulting in a large-scale operational pilot is needed. To minimize costs, The Ocean Cleanup will act as a facilitator for the research, outsourcing most of the fundamental research to institutes and collaborating with offshore and engineering companies to cover most of the costs. Based on this approach, The Ocean Cleanup now seeks 2 million dollars for the execution of this next phase, for which it now has announced a new crowd funding campaign.

Slat emphasizes: “Although a cleanup will have a profound effect, it is just part of the solution. We also need to close the tap, to prevent any more plastic from reaching the oceans in the first place.”