You are here: Home › Shipping News › Fincantieri to Take Over STX France After Buying 50% Stake
TwitterFacebookLinkedInPinterestBuffer

FINCANTIERI S.p.A., through its subsidiary Fincantieri Europe S.p.A., signed a share purchase agreement on 02.02.2018 for the acquisition of 50% of the share capital of STX France from the French State, represented by the Agence des Participations de l’Etat (APE).

The signing takes place after the resolution of the share purchase agreement previously signed between Fincantieri and STX Europe on May 19, 2017 as a consequence of the exercise by the French State of its pre-emption right for the acquisition of the entirety of STX France share capital on July 28, 2017 and follows the signing of the share purchase agreement between the French State and STX Europe.

The acquisition by Fincantieri is subject to the closing of the transaction between the French State and STX Europe and to customary conditions for this kind of transactions. 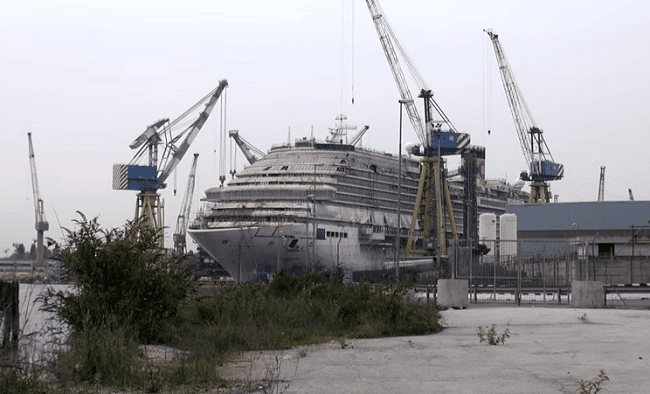 The agreement provides for a purchase price of euro 59.7 million for Fincantieri, which shall be paid through available financial resources.

The signing is part of the agreement announced on September 27, 2017 by the Italian and French Governments regarding the future shareholding structure of STX France. Such agreement envisages the participation of Naval Group as a shareholder of STX France and represents an important first step towards the creation of a future alliance in both cruise and military naval sectors.

Pursuant to this agreement, upon closing the parties will also execute the shareholders agreement and the stock lending agreement relating to 1% of the share capital of STX France which will be lent by APE to Fincantieri upon terms and conditions already agreed between the parties.

After the closing of the transaction, the shareholding structure of STX France will be the following:

The Board of Directors of STX France will be composed as follows:

The Chairman of the Board will have a casting vote.

With more than 150 years of history, STX France is a global player in maritime construction. Based in Saint-Nazaire, on the French Atlantic coast, the Group operates one of the most modern shipyards in the world and has great expertise in the design and engineering of the most complex and innovative ships. STX France has approximately 2,600 employees and a network of more than 500 subcontractors. In 2016 it generated revenues of approximately euro 1.4 billion.

Through this industrial partnership Fincantieri strengthens its leadership on the global market. The perfect complementarity of Fincantieri’s and STX France’s cruise activities and products would allow the two companies to serve all the clients and end-markets and to generate value not only for the shareholders, but also for the employees and the respective subcontractors’ networks.

Any change to the forecasts envisaged by Fincantieri 2016-2020 Business Plan will be evaluated and disclosed in accordance with current regulation.