The 100th Wärtsilä 34DF dual-fuel marine engine will be delivered from the factory in early 2016. This delivery will represent part of an order for three new large escort tugs being built for Norwegian operator Østensjø Rederi. The ships will operate at Statoil’s Melkøya terminal near Hammerfest in Norway.

“This milestone delivery further emphasises the popularity of this engine and highlights Wärtsilä’s leadership position in dual-fuel technology. These 100 engines do not include those delivered for land based energy generation applications. Within its power range, the Wärtsilä 34DF has become the workhorse of the marine industry, thanks to its superior reliability and lower operating costs. It is a highly efficient engine that is also making a notable contribution to environmental compliance,” says Lars Anderson, Vice President, Wärtsilä Marine Solutions. 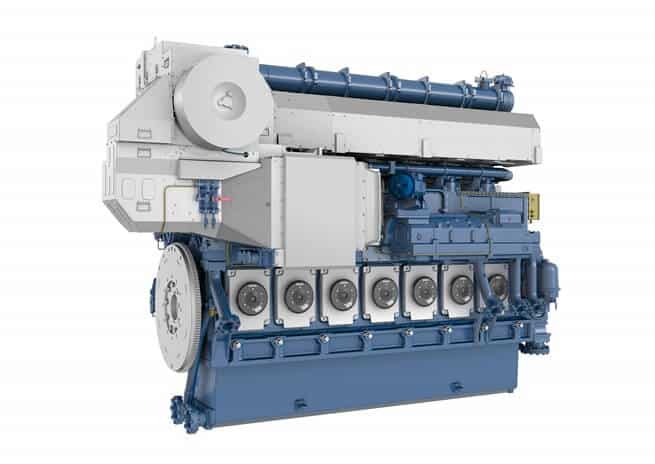 The Wärtsilä 34DF dual-fuel engine was upgraded in 2013 with a higher MCR (maximum continuous rating) and better efficiency than its earlier version, the first of which was delivered in 2010. The dual-fuel capability means that it can be operated on either liquefied natural gas (LNG) or conventional diesel fuels. This fuel flexibility is a major contributor to the marine industry’s move into the gas age.

The development of the Wärtsilä 34DF was based on the successful Wärtsilä 32 engine platform. In 2013 it was upgraded to provide 11 percent more power and increased efficiency without changing the physical dimensions. The upgraded version has a power output range from 3000 to 10,000 kW at 500 kW per cylinder.