A supermoon is the coincidence of a full moon or a new moon with the closest approach the Moon makes to the Earth on its elliptical orbit, resulting in the largest apparent size of the lunar disk as seen from Earth. The term “supermoon” is not astronomical, but originated in modern astrology. The association of the Moon with both oceanic and crustal tides has led to claims that the supermoon phenomenon may be associated with increased risk of events such as earthquakes and volcanic eruptions, but the evidence of such a link is widely held to be unconvincing.  (source- wikipedia)

The most recent occurrence of supermoon was in June 2013, as the closest and largest full moon of the year and the Moon’s closest encounter with Earth for all of 2013.

Watching such great phenomenon is a feast for ones eyes and experiencing it from a ship with an uninterrupted view is once-in-a-lifetime opportunity.

Captain Adelbert Pereira was one of the those lucky ones who got the chance to experience this event at the sea. While his ship was on anchorage in Gladstone, Australia, he took out his NIKON P-500 and captured this amazing event for lifetime.

Checkout some of the great pictures of the supermoon taken by him below: 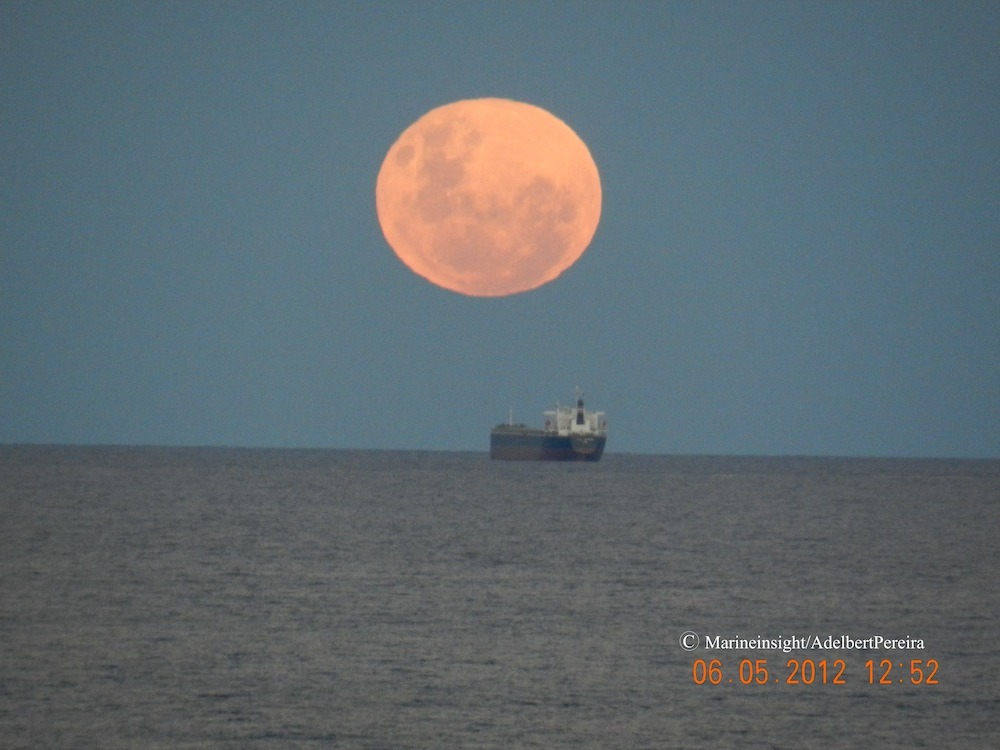 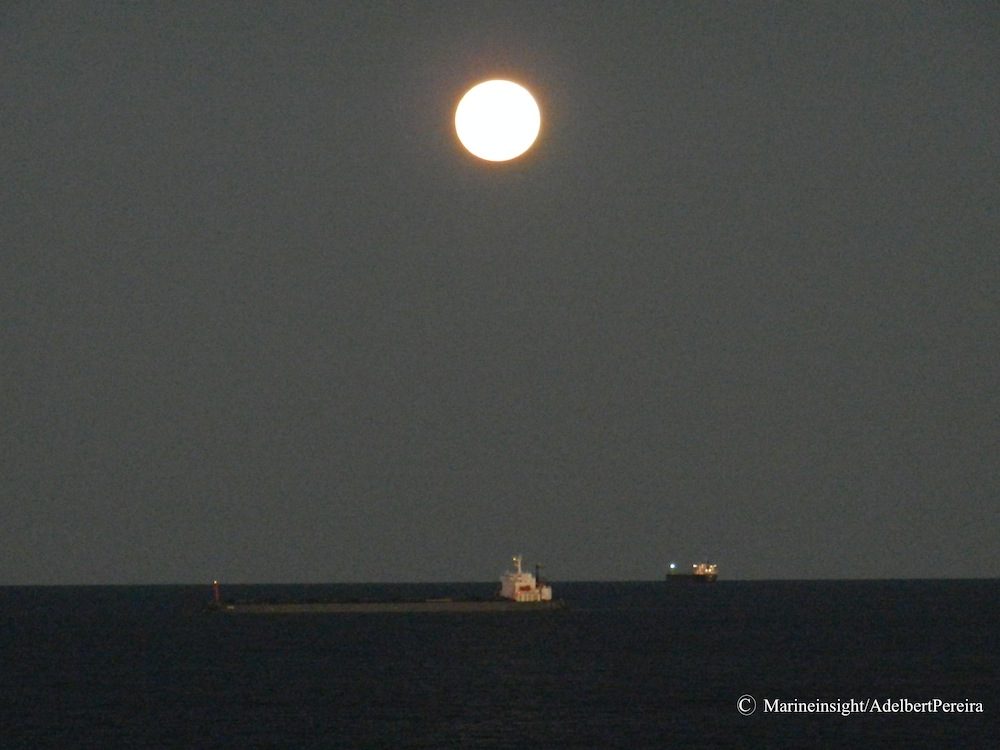 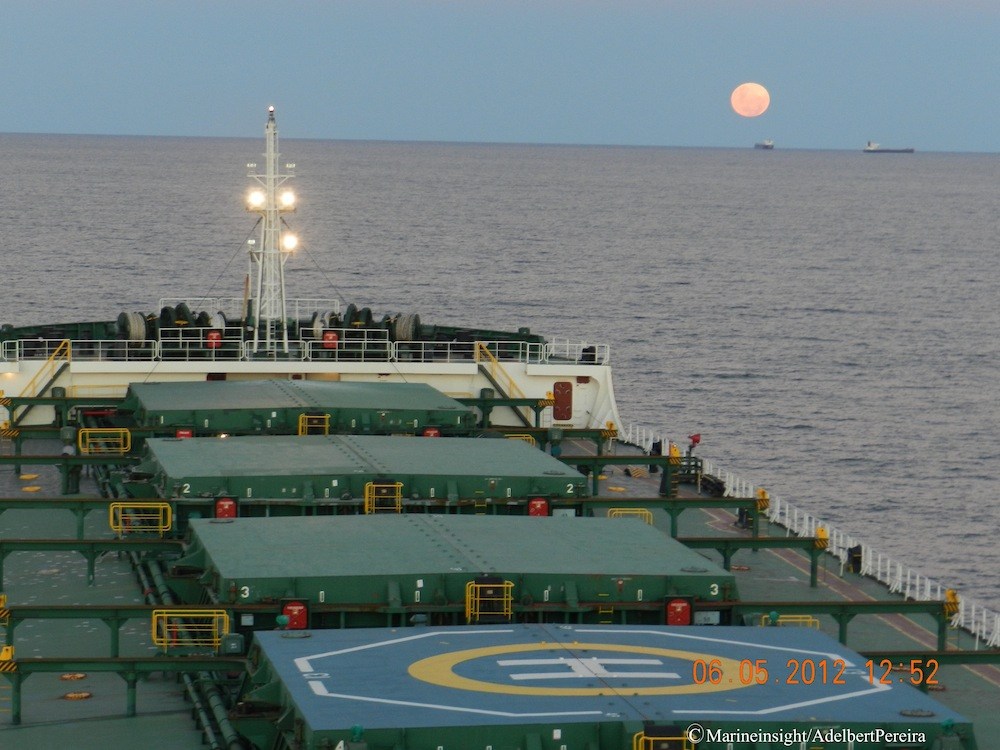 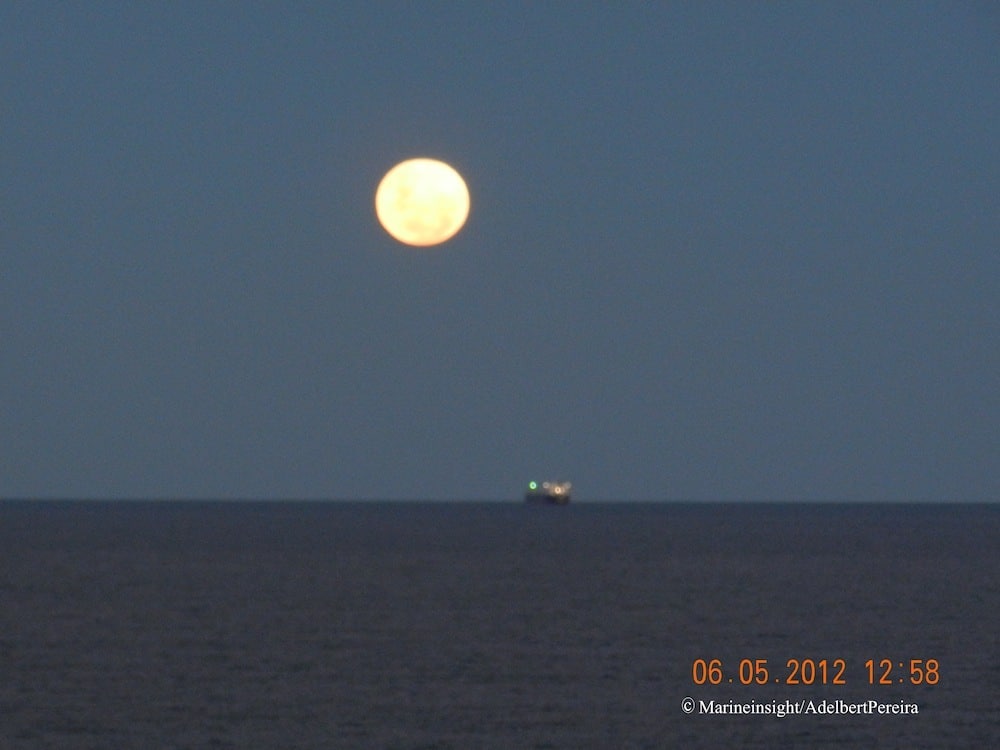 Do you have great photography skills?
Want your pictures to be featured on Marine Insight? Send them to us at info@marineinsight.com.