Here is a list of some of the oldest marine museums.

One of the oldest maritime museums, this site of marine heritage has been around since 1874 when it was first founded by Prince Henry.

Ever since then, it has been a site for all the lovers of marine world to explore history of naval technology all in one place.

This museum has the honor of being the oldest maritime museum in Australia and one of the oldest all over the world. It exhibits the unrecognized treasure of the Australian naval forces that go back several centuries. It was first founded in 1872 and has been exhibiting everything from marine technology, naval warfare, ships, hidden treasures but mostly people’s stories about their marine experiences. It is located in South Australia and can be visited on any day between 10:00 AM to 5:00 PM.  If you plan to go with family, don’t forget to make a pre booking.

Having been around for more than 200 years now, this museum itself is as valuable as the history it depicts. First made and opened in 1796, today this lighthouse museum holds a number of remains from the past that are enough to transport anyone to the yore days and bring back them to life.

Shipwrecks, pirate attacks, historical monuments are all part of treasure this museum displays. Located in Long Island, this museum can be visited between 10 AM and 4:00 PM for most days. But if you plan to go there, make sure to confirm the timings as they are likely to vary slightly on a daily basis.

First organized in 1898, this museum began displaying work of maritime art and culture in 1910. Ever since then, it has been a site for marine lovers to explore the history of maritime world especially of Southampton. 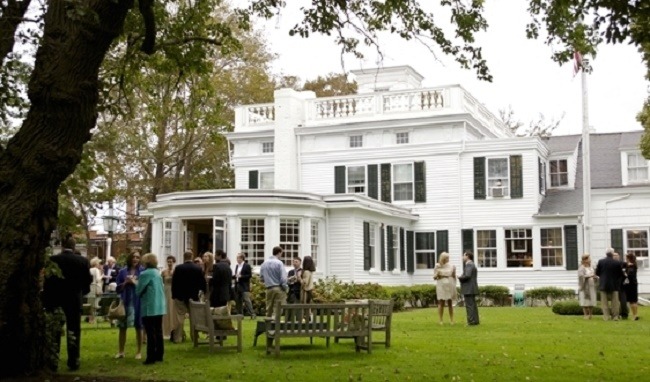 It’s a famous tourist spot there but for marine lovers all over the world, its heaven. You can experience its treasures from Tuesdays through Saturdays, between 10:00 AM and 4:00 PM.

Located in the old castle in Rockport, Massachusetts, this museum depicts relation of the region with the Atlantic and the shipping world over a time span of centuries. The heritage and its own construction time line put it with the oldest marine museums of the world.

It consists of a Sewall Scripture house built in 1832 and an old Rockport Castle built in 1711 that are now used to display the heritage there.  But that’s not what makes this museum truly splendid. Visit anytime between 2:00 pm and 5:00 pm on Tuesdays to Saturdays and between 9:00 am to 1:00 pm on Mondays to find out more for you.

This museum was founded in 1936. Established in a building built in 1845, it displays maritime heritage like nowhere else. At present, this museum consists of 13 buildings which are all part of local heritage themselves.

Visiting timings are 10am to 5pm on Monday to Saturday and 12pm to 5pm on Sundays.

One of the oldest maritime museums in world and the oldest in Canada, this museum displays over 30,000 artifacts that make up the marine heritage of the region.

Its highlight is the remains of the tragic Halifax explosion that shook the entire world.

Maritime Museum of the Atlantic

One of the oldest museums of marine heritage, this museum showcases everything from historical naval technology to huge ships, paintings depicting marine heritage and miniature replicas of ships all over the world. Its major highlight is the collection of model ships presented by Henri- Duhamel du Monceau to King Louis XV.

Since 1937, it has been a place where all the marine history comes together from varius parts of the world and continues to unite lovers of the sea. Visit it between 11:00 AM and 6:00 PM on weekdays (Monday, Wednesday, and Thursday) and between 11:00 AM and 9:30 PM on Fridays.

7 Interesting Facts About The Scapa Flow

A Brief History of the Panama Canal

After the Big Spill, What Happened to the Ship Exxon Valdez?
Want to share your tips and advice? Got questions? Visit the community forum to ask questions, get answers, meet people, and share your tips!