SENER has signed a contract with the owner Rimorchiatori Riuniti Panfido & C.s.r.l for delivering the basic engineering and technical assistance in the construction of a liquefied natural gas (LNG) SBBT unit, which will operate in Italy and the Adriatic.

Panfido is one of the most important tug and barge owners in Europe, with 130 years of experience in marine services. This project is co-funded by the European Union through the Poseidon MED II program.

This new contract consolidates SENER’s role as a pioneer in the design of innovative LNG marine technology units. In this regard, the SBBT unit’s design is a combination of a LNG fueled tractor tug (powered unit) and a LNG bunkering non-propelled pontoon of 4,000 m3 (cargo unit). 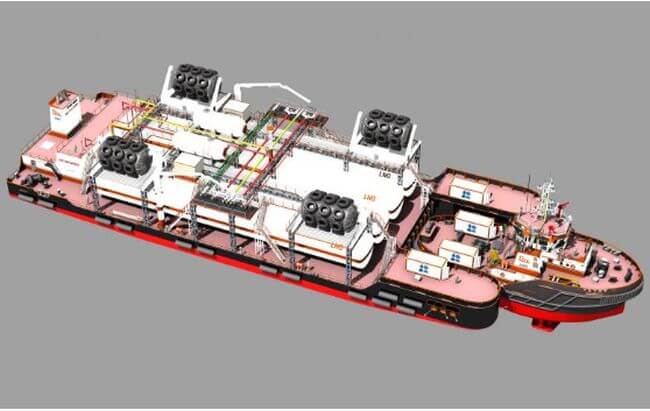 The tug will be designed and constructed as a dual fuel driven, towing, escorting, rescue, supply and salvage tug, propelled by Voith and with 65 tons of bollard pull. For its part, the pontoon will have a storage capacity of 4,000 m3 of LNG and 1,000 m3 of marine diesel oil (MDO), and it will be used for bunkering service. Among other benefits, SENER’s innovative design focuses on wave signature and ballast water management.

SENER has announced this new contract in the framework of the 2018 edition of the Gastech exhibition and conference that takes place in Barcelona (Spain) from September 17 to 20. The company is showing at Gastech (in its booth nº G175) its floating solutions in LNG, where SENER is able to offer an integral project of the entire LNG value chain using its own technology and engineering.

With more than €2.5 billion in LNG contracts and references as EPC contractor such as Sagunto in Spain, Dunkirk in France, Zeebrugge in Belgium or Gate terminal in the Netherlands. SENER has become a leader in the LNG sector, applying technologies developed in-house.

Besides, SENER has developed a comprehensive project portfolio in marine and naval architecture since its foundation, in 1956, as a marine engineering company. On this regard, SENER has developed its own bunkering vessel with an innovative design using its own CAD/CAM/CAE shipbuilding software FORAN, which is one of the advanced solutions presented at Gastech.