In the early hours of Saturday 9th August, a product tanker transiting 200 nautical miles south of the Nigerian shoreline encountered a radar contact of a drifting vessel along its track. After taking normal navigational measures to open the closest point of approach (CPA) from the drifting vessel and passing abeam at 6.5 nautical miles, the tanker’s crew heard a burst of gunfire; first from their starboard quarter when 6 or 7 shots were fired and later from forward of the ship’s accommodation structure, but this time a burst of automatic fire. Although visibility was poor in the darkness and haze, one crew member reported seeing the outboard engine wakes of up to three small craft that engaged in a chase of the tanker, during the period of gunfire.

The well-prepared and well-drilled ship’s crew had taken measures to harden the vessel prior to leaving their last anchorage along the Gulf of Guinea coast. Initiation of anti-piracy drills and the retreat of the crew to the shelter of the vessel’s interior ensured that no one was injured. The pirates made an unsuccessful attempt at boarding the vessel from the stern, but eventually fell behind as the ship’s master opened the range.

It would be easy to characterise this event as just another statistic in the story of Gulf of Guinea maritime crime, but to do so would be missing one very significant point – the open ocean nature of what looks like an intelligence-led operation. It is true that this is not the first time that we have seen ships targeted for their cargo or their crew and it is also true that some of these armed attempts have taken place at considerable range from shore, particularly in the case of kidnapping of crew for ransom at ranges up to 160 nautical miles off the Niger Delta. 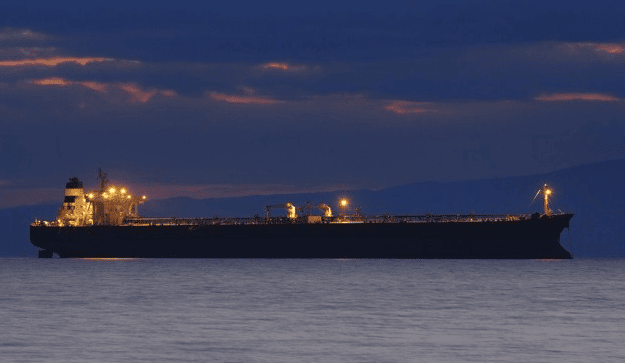 In the case of cargo theft, which looks like the most likely scenario, the preferred criminal modus operandi (MO) has been to stealthily embark an anchored vessel under cover of darkness and take control of the ship, sailing it under duress, to an area off the Niger Delta for illegal offload of the highly valuable cargo. This is not an exclusive MO as vessels have previously been taken offshore, notably south of Lome (Togo) and most recently south of the Ghana/Togo border with the hijack of Hai Soon 6, but the range at which this latest attack took place may signal a new, and worrying, development.

The deployment of a mother vessel some 200 nautical miles offshore, in open ocean, lying in wait for a passing vessel is something more akin to Somali piracy methods than those normally seen in the Gulf of Guinea. In such a situation, there can be no guarantee of landing a criminal catch, especially of a specific ship or cargo. Kidnap of crew for ransom can be achieved from much easier, and less logistically challenging, areas off the Niger Delta, as can simple armed robbery which is better achieved in the target rich environment of the Gulf of Guinea’s many anchorages and port approaches.

The victim vessel was in transit between a Gulf of Guinea port and a destination further south (details withheld to protect identity at this stage). It is feasible that an intelligence-led operation was mounted against this vessel. If the departure and destination ports were known, and the mother ship had a suitable equipment fit, it is possible that the pirates could sit along the likely route and intercept the vessel whilst underway. With the amount of data shared on maritime movements, it is even conceivable that the ship’s passage plan could have fallen into the wrong hands, making this an even simpler criminal mission.

In terms of pirate capability, this incident may represent a step change in tactics that could, if repeated, be a game changer in Gulf of Guinea piracy. Unlike a stealthy climb on to a vessel at anchor, boarding a vessel underway is a very different proposition, especially at night in open seas. This is something that even highly motivated Somali pirates have only attempted on a small number of occasions during the hours of darkness. In such a situation, the most likely chance of success lies in encouraging the master to heave to by attacking the vessel with gunfire, as getting into an undetected stern chase with the prospect of boarding a vessel underway at 14 knots is something that only the best of special forces would entertain in darkness.

On this occasion, the vessel was both prepared and alert. The actions of the master and crew made it too difficult for the pirates to achieve their nefarious objective and the ship and crew are reported as safe. That said, a group of criminals are still at sea with a mother ship and the means to attack another vessel. We may never know the extent of this particular incident. It is highly unlikely that any naval interdiction will be mounted to locate and apprehend the criminals; regional capability does not stretch to this and there is little to go on when it comes to identifying the pirate vessel(s).

The maritime community has already been shocked once this year when MT Kerala was hijacked from an Angolan anchorage. An event that had all the hallmarks of the Nigerian-based crime, but was achieved at the most extended range seen to date. With today’s event, we have arguably seen an incident equally shocking in nature. A pirate group appears to have targeted a vessel underway, perhaps specifically or by type, at a range hitherto unseen in open ocean by a group involved in an audacious night-time attack. Unlike in the Indian Ocean, we are not likely to see the report to authorities from the victim vessel result in the despatch of maritime patrol aircraft or helicopter-enabled warships to interdict the criminals and bring them to justice. Instead we will just need to arm ourselves with the fact that this took place and use that knowledge to ensure that ships are well prepared and alive to the prospect of an attack at such distances offshore in the Gulf of Guinea.

Finally, when such events occur it is incumbent upon vessel operators to report the details to the proper authorities, in order that others might benefit from the knowledge and thereby lessen the risk of another ship falling into the clutches of a violent criminal group. On this occasion, we have seen an exemplar from the company and vessel involved when it comes to preparation, action in the face of danger and proper reporting to the authorities. If others are as diligent in their approach to operating in dangerous regions, then the probability of criminal success will at least be reduced. This is something that all must strive for.

Ian has over 30 years’ of experience in the direction and conduct of national and multi-national intelligence operations. From strategic analysis supporting policy and capability development to direct operational support, he draws upon his significant background of defence and law enforcement intelligence and operations.