You are here: Home › Marine Navigation › 10 Things to Consider While Using Auto-Pilot System on Ships
TwitterFacebookLinkedInPinterestBuffer

Back in the old days of merchant shipping, the ‘Quarter Master’ was a vital member of the Bridge team. ‘Quarter Master’ was the title given to the able bodied seamen whose primary responsibility was to steer the ship according to the Master’s and Officer’s helm orders. Quarter Masters kept watches and took turns on the helm all day when at sea. This practise continued until automation took over in the field of navigation. The significance of Quarter Master almost vanished off when the revolutionary equipment ‘Auto-Pilot’ was invented.  It was during the early 1920’s when an automated steering and helm control system was introduced onboard merchant ships.

Auto-Pilot system is considered as one of the most advanced and technically sophisticated navigational equipment tools on ships. Auto-Pilot is synchronised with the Gyro Compass to steer manually input courses, with reference to the gyro heading. Auto Pilot steers the manually input course by controlling the steering gear to turn the rudder in the required manner. Furthermore, modern auto-pilot systems are capable of being synchronised with the Electronic Chart system (ECDIS) enabling to follow the courses laid out in the Voyage plan. This feature cuts out the need of manual course changes and alterations as the system will follow the courses and alterations as per the voyage plan. 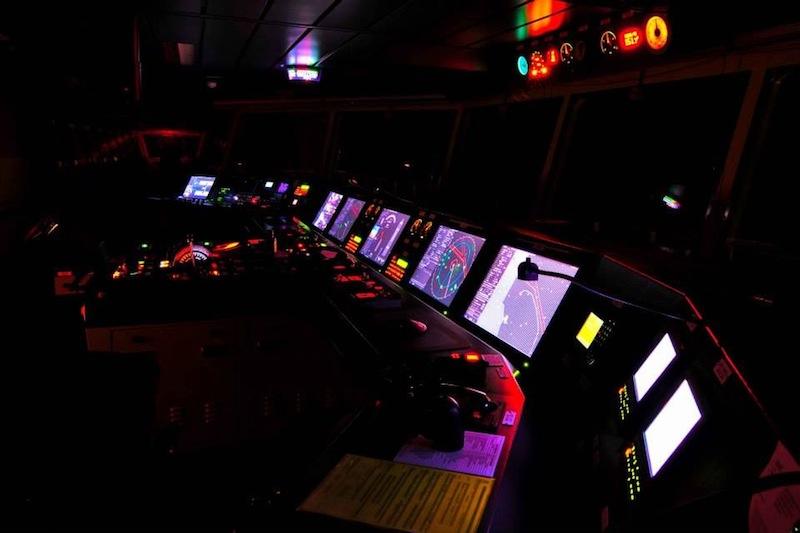 Auto-pilot system is surely an undeniable boon in modern navigation. However over-reliance on the equipment and poor comprehension of its efficiency and limitations has resulted in several accidents at sea. This was also because of the inability of the operators to study the equipment beyond its basic features.

The below notes are a brief outline of 10 important points to be considered while operating Auto-pilot system onboard for safe and smooth navigation.

1. Rate of Turn and Rudder Limits

The method of turn is the most important control of the Auto-Pilot system. The system will use the selected turn method for course alterations. The user can input the limit of such turn methods, which are as follows

a. Rate of Turn

This is the most commonly used turn method. In this method, the user can set a value of turn rate between 1-300 degrees (varies on different models). When turning, the rudder will move as much as it takes to attain the required turn rate without exceeding the set value.  The officer must consider the vessel’s manoeuvring characteristics and set a value safe for the vessel.

Rudder limit method allows the user to set a value from 1 degree to the max rudder angle. In this method, while altering course the rudder will not exceed more than the set limit. Again, the vessel’s manoeuvring characteristics should be considered while choosing the rudder value.

Modern systems allow turning by radius as well. In such method the user can input turn radius in nautical miles.

The officer of watch should be aware of the pumps and use it wisely.

If operating the auto-pilot in areas with traffic density where sudden and swift alterations are required, maximum steering gear pumps shall be running.

In ocean cruising and open sea navigation with less traffic, the pumps running shall be reduced to its minimum.

An off-course alarm serves for the purpose of notifying the operator if there is any difference in the set course and the actual heading of the vessel. The user can manually set the required amount of degrees, after which an alarm will sound to notify the user that the set degree of difference has exceeded.

However, the user has to keep a check on the course changes as in some cases when the gyro compass wanders its course, the auto-pilot will follow the wandering compass and fail to sound the alarm.

The steering controls of the system can be categorised as Automatic and Manual mode. It allows the ship to be navigated either in Manual mode or Automatic mode by switching the controls.

In Manual Mode, the vessel can be hand steered by using the Follow-Up Helm or a Non-Follow up emergency tiller.

NFU tiller when used will move the rudder in a desired direction but not to a specific angle. This is used in case of emergencies.

The user must be familiar with the procedure of inter-switching from Auto and Manual modes. 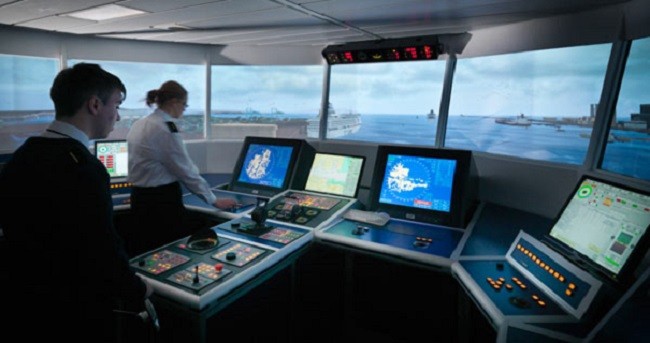 The use of Auto-Pilot is not recommended when navigating in areas with high traffic density, narrow channels and traffic separation schemes and other restricted waters. The auto pilot may not be efficient enough to turn the vessel spontaneously while navigating in such areas demanding swift alterations and manoeuvres to avoid a collision or close quarter situation. If the auto-pilot is used in such cases, all the steering gear pumps shall be switched on for better rudder response.

The system works inefficiently on reduced speeds. The use of the auto-pilot is not recommended when the ship is manoeuvring or steaming in very less speed.

The system allows the users to synchronise with the Speed Log to receive feeds on the ship’s speed. The users should keep a check on the speed log as any error in the log speed will reflect in the auto-pilot system.

The system also allows the users to manually input the speed, when doing so it is important to set a value as close as possible to the actual speed of the vessel.

Rough weather and hostile sea conditions have adverse effects on the performance of the auto-pilot. Uncontrolled yawing of the ship can result in excessive rudder movement. Modern auto-pilot system has Weather control option in which the system automatically adjusts the setting to adapt to the changing weather and sea conditions. It also provides an option for the user to manual set a specific value.

The Auto-Pilot system is functionally dependant on the Gyro Compass. If there is any error or fluctuation in the gyro heading, there will be an equivalent change in the course steered. In worse cases, when gyro fails, the system will lose track on its heading and will be unable to steer the required course.

In any case of emergency, power blackout or gyro failure the system should be immediately changed over to Manual mode and use the helm to steer the course using Magnetic compass.

Apart  from off course alarm, an auto pilot must be integrated with:

a. Failure or reduction in power alarm, which will sound in the event of auto pilot failure or in case when there is reduction in the power supply to heading control or monitoring system

b. Sensor status monitoring: If any of the sensors in the auto pilot system fails to respond, it should be indicated by an audible alarm in the monitoring system

10. Important Limitations: The auto pilot system must be such that the preset heading cannot be altered by intentional intervention of onboard personal and the heading control system should change the course to preset heading without overshooting its position

As we have stated above, auto-pilot is an undeniable boon in modern navigation. It is the responsibility of the officers to ensure that they are completely aware of the equipment and its features and controls to make a proper and efficient use of it. Despite the fact that auto-pilot systems varies in model from ship to ship, it’s working principle and features will be the same. Deck officers making use of the equipment are strongly recommended to read the manufacture’s operating manual to get a thorough understanding of the equipment.

Do you have more points to mention?

If so, we would like to see them as comments.