Electric propulsion has a promising future in the shipping industry among other ship propulsion systems. Siemens along with Norwegian shipyard Fjellstrand will launch world’s first electric ferry, which will serve the route between Lavic and Oppedal from 2015 onwards.

The world’s first electrically powered ferry will be 80 meters and will be able to carry 120 cars and 360 passengers. According to the reports, the electric ship’s batteries will only take ten minutes to recharge. 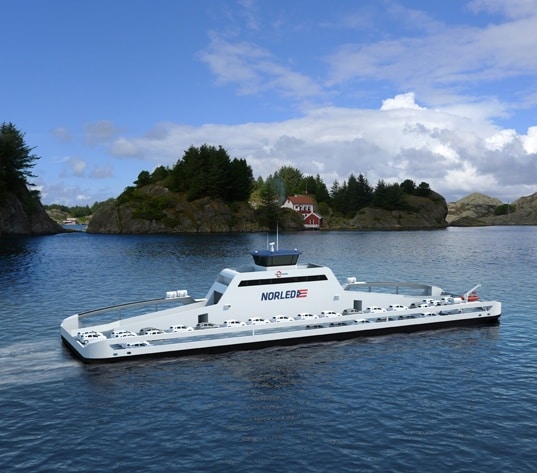 The electric catamaran ferry has been designed in order to generate least resistance while in water. Two slim aluminium hulls have been used instead of steel in order to make the ferry run smoothly through water. 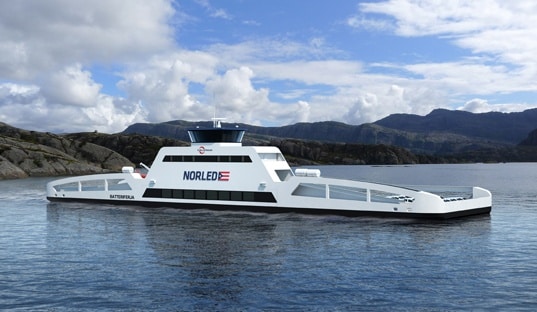 The most important feature of the electric propulsion ferry will be that it will take only 10 minutes to recharge in the breaks. This would be a great point to increase the frequency of ferry and improve connectivity between the villages. However, the local electrical grids of the villages will not be able to supply the power to recharge the ferries in such a short time. To solve this issue, batteries have been installed at the ports which will recharge the electric ferries in ten minutes and themselves slowly get recharged from the local grid.

Shipping company Norled has been granted to operate the route until 2025. Norway is famous for its car and passenger ferries, which link the mainland to the islands across its many fjords. Such electric propulsion ferry would be an excellent help to join villages with less travelling time between them.