Lego, the popular line of construction toys, consisting of interlocking plastic bricks (Also called “lego bricks”) that can be assembled and connected in many ways, has drastically expanded its fan base over the last few decades.

Though the initial thoughts of Lego indicate a favourite pass time for kids, the rapidly expanding “Lego Universe” clearly states that the Legos are not just for kids. A lot of adults are being pulled in by the addictive lego sets, which have become so famous among older people that some fans say adults spend more than kids and account for almost half or more revenue at the Lego stores.

It’s the sheer joy of building that attracts adults and kids towards this massively popular construction toys, which are now available in a variety of themes, ranging from cities to trains to robots. Hardly there is anything left that has not to be converted into a lego set.

If you from the shipping industry or have an infatuation for floating structures along with a special liking towards Lego, there are some super-interesting Lego sets which you must check out. They are not just for kids but make a great hobby during your free time on ships or during breaks at home.

Let’s take a look at each of these cool LEGO ship sets:

This is one of the finest ship themed lego sets in the market today, featuring one of the world’s largest container ships – Maersk Triple E. Built from over 1,500 bricks, the model recreates the real vessel in amazing detail. The set includes rare colours such as medium azur, dark red, sand blue and sand green. There are rotating gold-coloured screw blades leading to the brick-built twin propeller engines, which you can view through the window built into the port side of the ship. You can even customise it by adding or removing the containers. This authentic set includes a display stand and fact plaque with detailed information about the ship and, as a finishing touch, there’s the gold coin that is added under the mast of all Maersk Line ships for good luck on their voyages. This model is perfect for LEGO fans!

Check out Video Of One of the World’s Largest Ships Lego Set.

Create a port along with a crane and floating ship with this great Lego set. Includes 2 containers, pallet, cargo truck, speed boat, captain, fisherman, 3 worker mini-figures and lots of accessories!

In this Lego set, you can use the massive pier crane and cargo truck to empty the cargo ship and get it ready for its next destination. The cargo ship really floats and measures 23″ (58 cm) long. You can also raise and lower the ship’s anchor. The crane is over 19″ (48 cm) tall and spins 360 degrees. Crane arm moves side to side and up and down. Raise and lower the crane’s hook to load and unload containers. 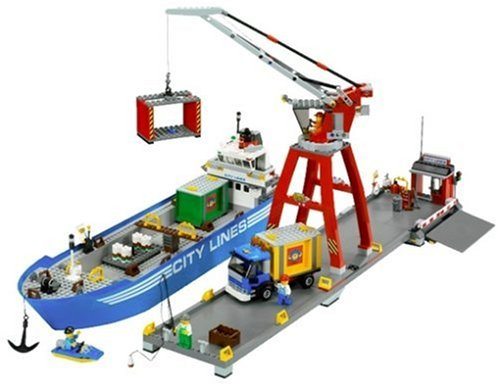 Here is a video review of the city harbour Lego Set 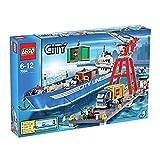 The helicopter features a cockpit for a mini-figure, turning rotors, turning the rear propeller and a winch function Explorer’s base features an opening door and walls, radar and antenna, laboratory with desk, microscope, fridge, bed, computer and a ladder.

This is a great set for all lego lovers. 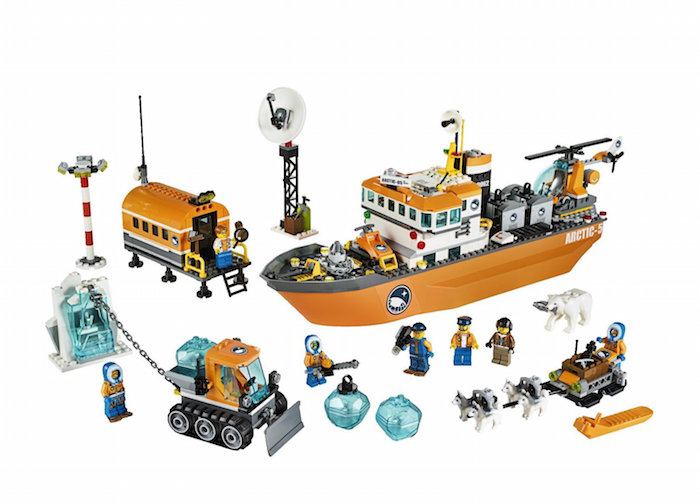 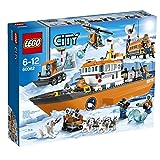 Maersk container ships are favourite among Lego designers (Probably also because both Lego and Maersk are from Denmark). If you are the fan of the world’s number one shipping company and its container vessels, then get on the journey to build one of the most accurately detailed freighters among Lego sets with 990 pieces. 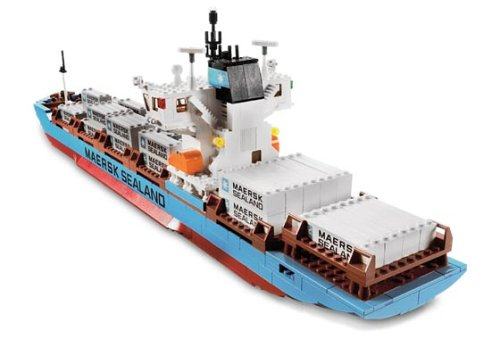 Want to go back in the history and build those magnificent ships with sails? Here’s the perfect Lego set for you.

This really cool Lego set of the pirate theme includes a ship’s captain, his daughter, a pirate captain prisoner with shackles, the ship’s cook, a lieutenant, and 4 soldiers; amazingly detailed and realistic ship features 3 removable sections.

The main hull of the ship contains 4 firing cannons, ammunition crates, muskets, torches, cannonballs, a prison with a rat, saw shark mini-figurehead, a moving rudder and a fully-equipped ship’s kitchen with fish, turkey legs and a carrot.

This is a highly detailed ship and definitely, a must have for all lego fans. 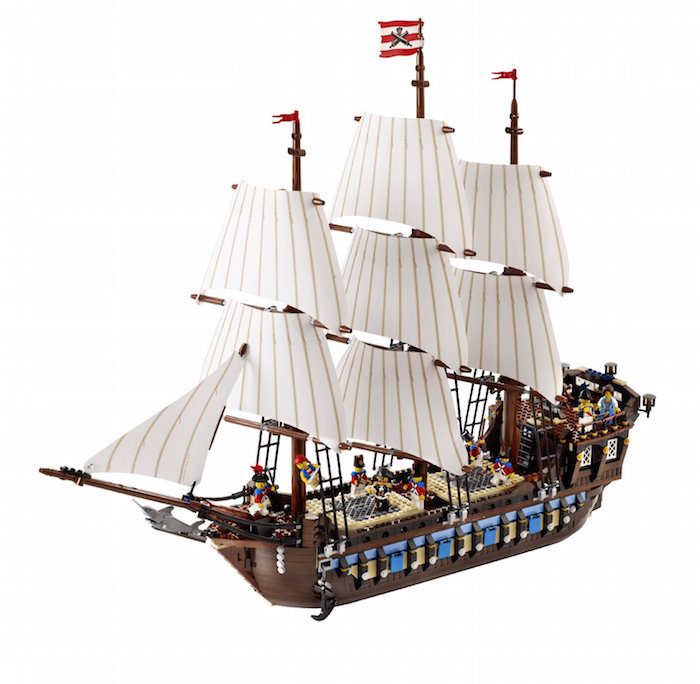 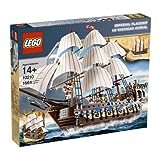 Make your Lego ferry and load it up with vehicles using the working back ramp to transport your cargo safely across the sea.

Also, use the geared lever to open the front doors and unload at your distant destination. Turn the gear to lower the ramp to drive the car onto the ferry and then raise the ramp to set sail. Unlatch the front doors, turn the gear to open the doors, and drive the car off of the ferry. A ferry is on wheels so it can move in any direction. This a very cute Lego set with s0me amazing details. 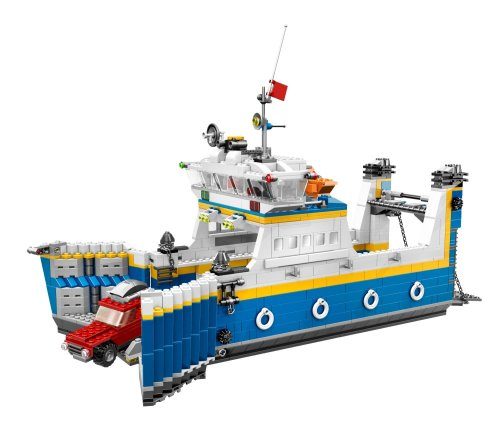 Build the ultimate Coast Guard Patrol boat with this lego set. Launch the submarine and helicopter from the boat and rescue people with the life preservers.

This is a great Lego Set to Have Fun with. 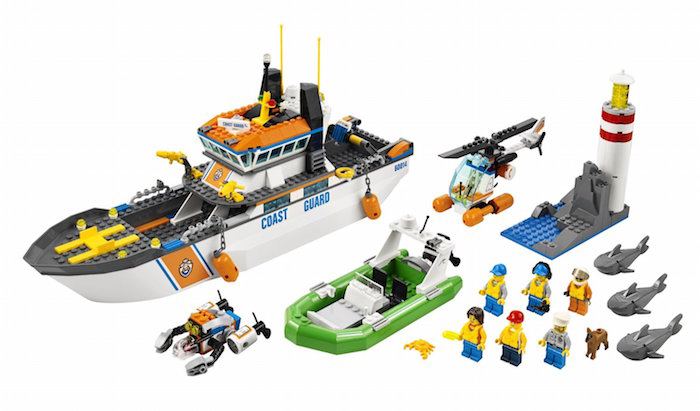 A lot of great LEGO Ship sets are still not out in the market for consumers, especially those based on LEGO Cruise Ship theme. However, a few cruise ship companies and individuals have made their own personal cruise ship LEGO sets. 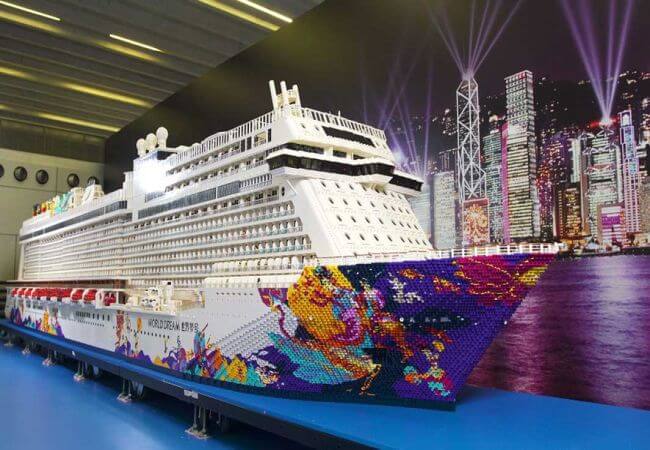 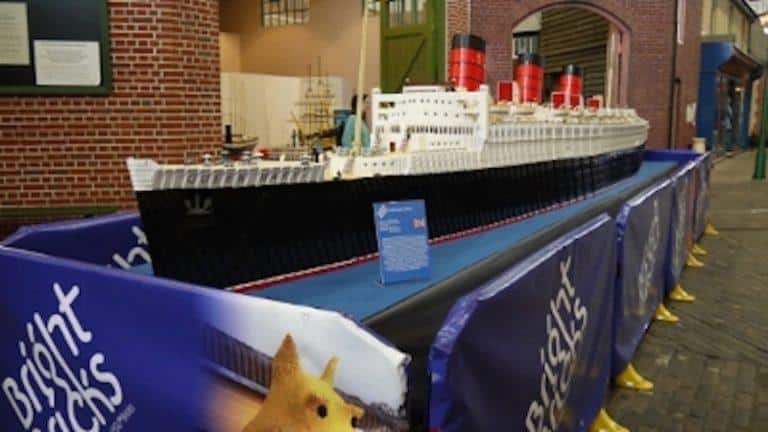 The Cruise ship set was set in the Shipyard and was surrounded with Bright Brick building stations where children and LEGO-enthusiasts can make their own version of the ship or anything else that comes to mind.

A kind of a pirate LEGO Ship set, this is a uniquely detailed set depicting the old age wooden pirate ships. 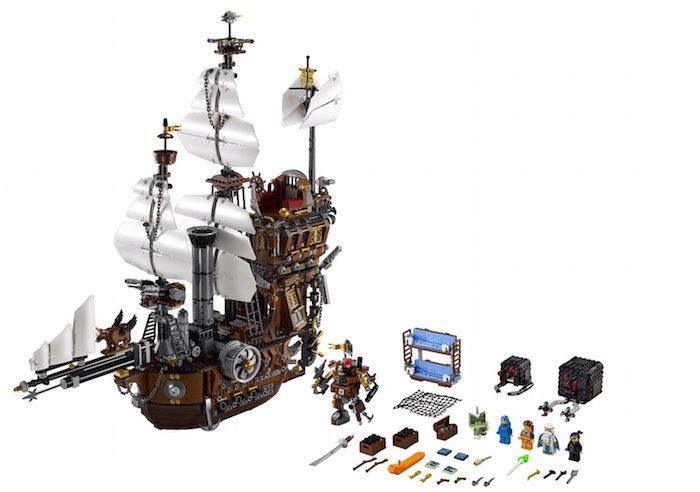 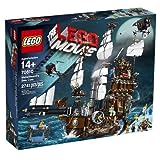 Do you know any other interesting LEGO set with a ship theme that can be added to this list?