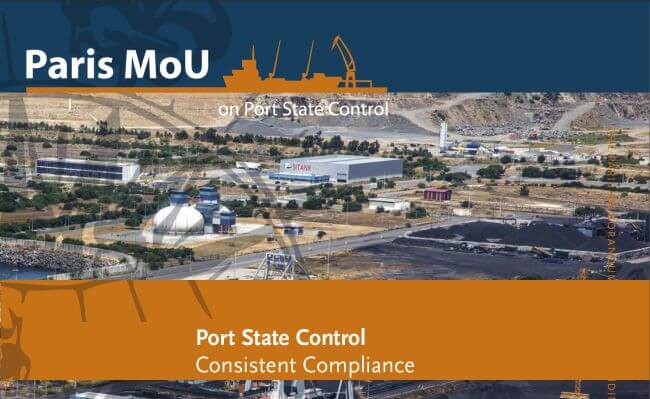 Over the past three years 73 ships have been banned for multiple detentions and four ships were banned “failing to call at an indicated repair yard”. Ten ships of these ships were banned for a second time. Over a three year period the flags of Comoros, the United Republic of Tanzania and Togo have recorded the highest number of bannings. Looking at the Paris MoU “White, Grey and Black List” the overall situation regarding the quality of shipping seems to be stabilising. Although some flag States have moved between lists, the total amount of 41 flags on the “White List” is almost similar to that in 2017 (40).

The number of inspections is stabilising. The detention percentage in 2018 (3.15%) however shows a significant decrease compared to 2016 (3.85%) and 2017 (3.87%). The level of detainable deficiencies has decreased as well from 3,883 in 2017 to 3,171 this year. Members with the largest number of inspections, namely Spain, the United Kingdom, Italy, the Russian Federation, the Netherlands, Germany and France, jointly accounted for 52% of the total number of inspections this year. 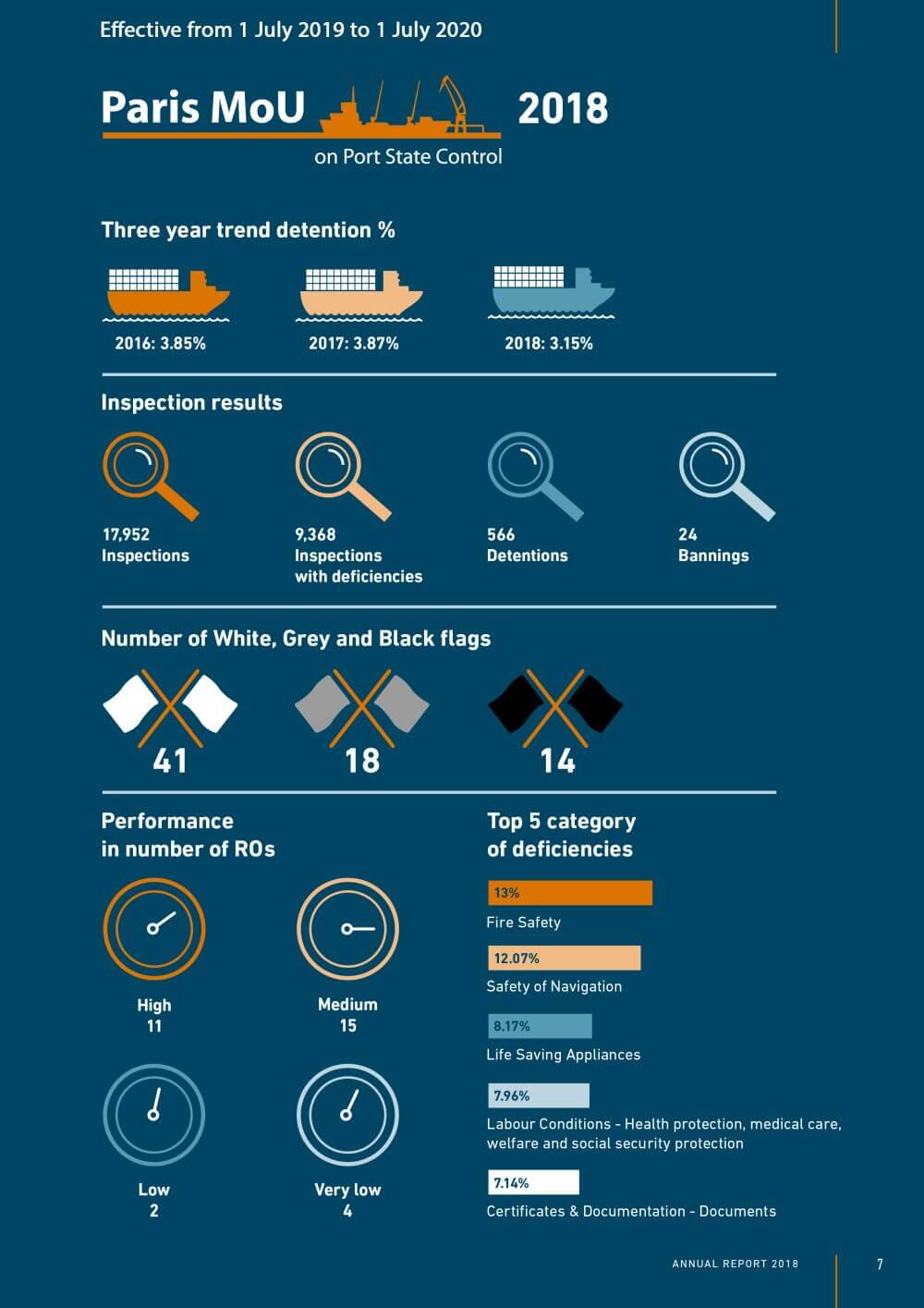 Prohibition On Carriage Of Non-Compliant Fuel