According to the new report by ReCAAP, maritime piracy and armed robbery against ships in Asia dropped by 64% in the first half of 2016.

As compared to 114 reported incidents in 2015, only 41 incidents (2 incidents of piracy and 39 of armed robbery) occurred during this period.

Moreover, from September 2015 to April 2016 (8 months), not a single incident of highjacking of ship for oil cargo theft was reported.

There has also been the largest decrease of incidents in the Strait of Malacca And Singapore. Only 1 incident has been reported in 2016 as compared to 55 incidents in the period between Jan-June 2015.

To know more details, checkout the infographic below: 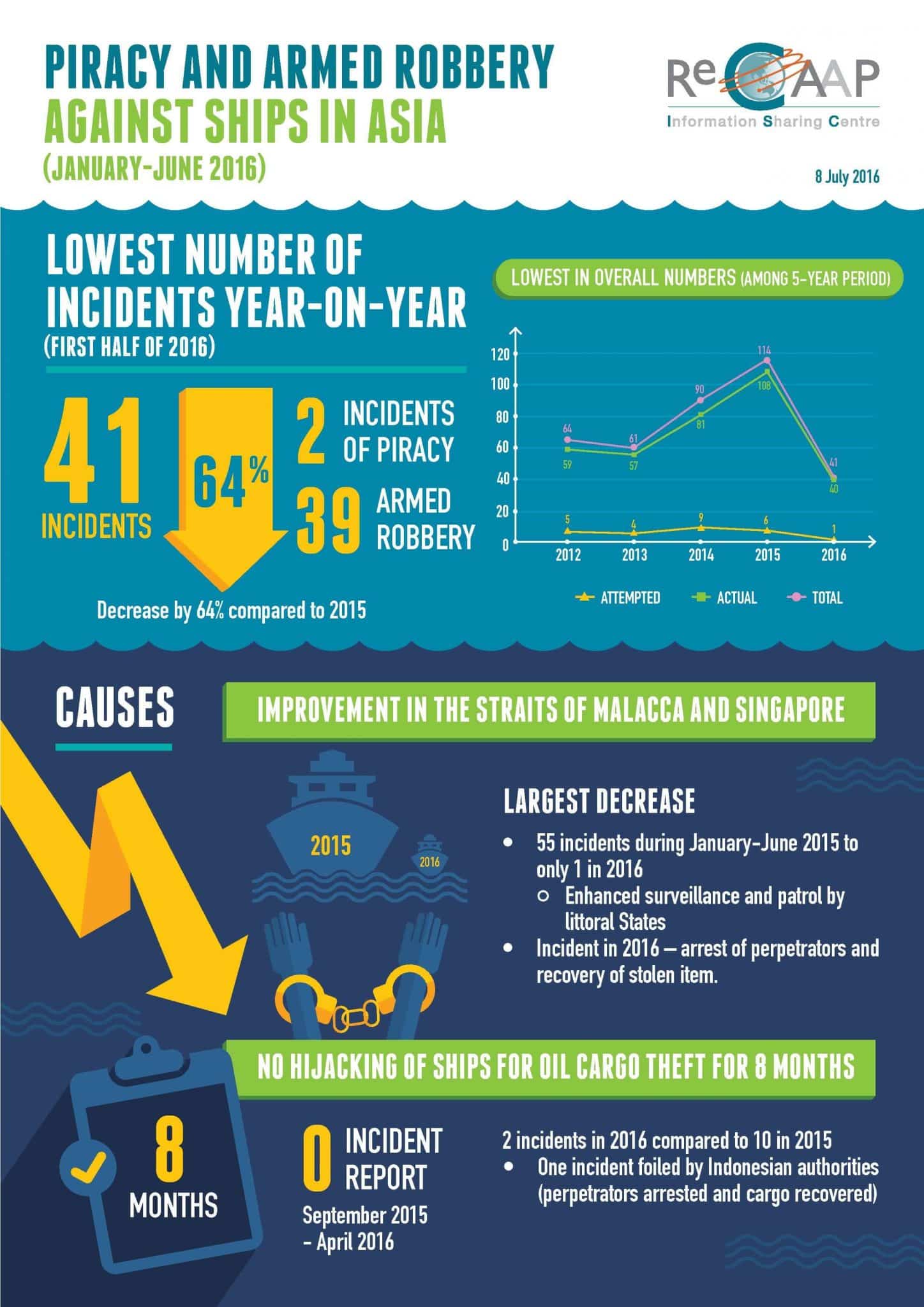 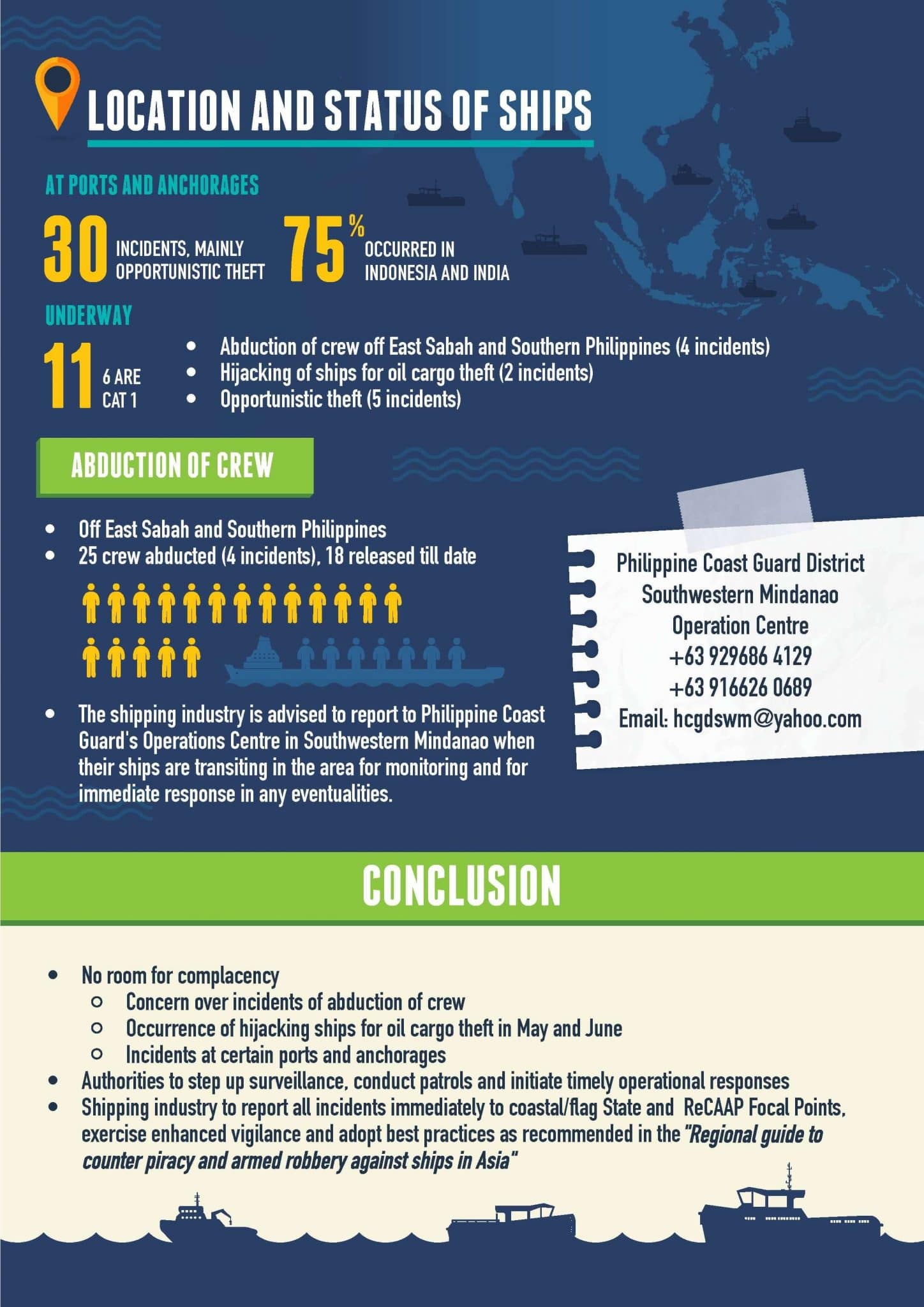