Keeping in mind the ever growing problems due to traffic in ultra urban cities, Curve Creative, an Irish Industrial Design Studio has come up with a design concept called the C.A.T (City Aquatic Transport).

A small marine vehicle which resembles mini-space ship and has been designed to be propelled by an electric propulsion system, the City Aquatic Transport Concept offers an easy mode for commuting between docks in and around an urban city. 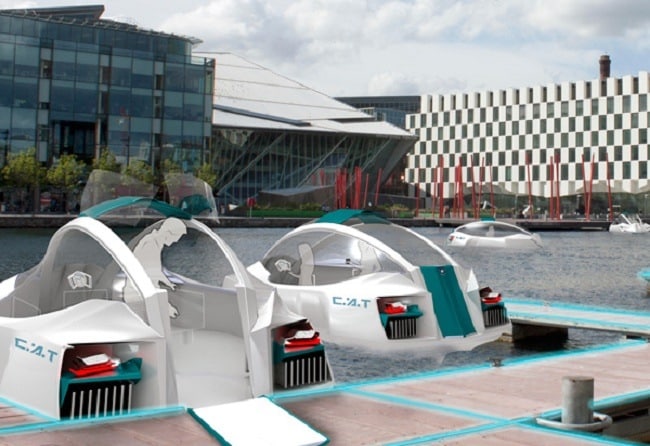 The whole system would comprise of an online facility for pre-booking a CAT, and would be able to sit four passengers at a time. Moreover, it would also feature a 360-degree rotating seat, a central folding table, and a glass-roof. It would have an auto-drive function, along with wifi internet system and power points for laptops and other electronic gadgets.

The CAT is definitely designed for future use and the makes will have to take several points into consideration before the CAT can be brought to reality.

You may also like to read-IRobot: Advent of the Unmanned Underwater Vehicle (UUV)