The Japanese have always come up with unique solutions to complex problems. The Japanese conglomerate Shimizu’s proposal adds another stratum to the nation’s ingenious thought processes. A collaborative venture between Shimizu, Nomura Securities and Super Collaborative Graduate School, resulting in the creation and development of drifting townships in water, known as the Green Float, is being sought to be developed.

The Green Float townships are proposed to be situated at the Equator on account of the stability of the high seas there. The conceptualisation involves a clarified demarcation for city, district and country limits. Through such a high level of demarcation, the concept has been aimed at being more than just a visualisation. 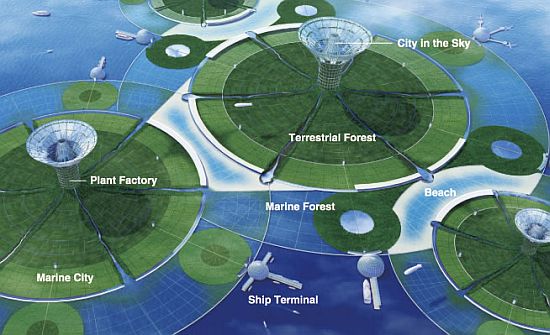 The Green Float township planning can be elaborated as follows:

The most important aspect of this township is that it will follow stringent protocols for completely eliminating emissions of carbon dioxide along with recycling all the required commodities. Through these two addendums, a sense of eco-friendly and nurturing has been proposed. 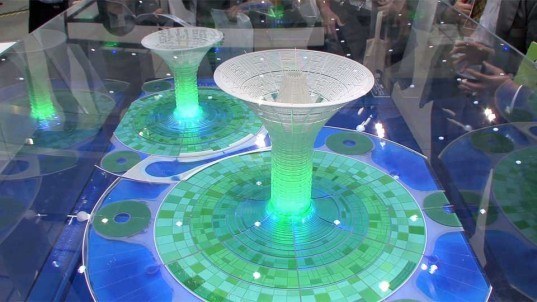 Like any other civilised township, the developers are sure that the Green Float will also develop through its population. The sustenance to the living areas will be provided by widening the cells like the spread of water lilies rather than a vertical growth. Furthermore, the Green Float will, as and when the need arises, drift with the water currents allowing a greater level of flexibility to the township.

The conglomerate Shimizu expects the project to become a viable reality by 2025. If the township does come into existence by that time period, it can be hoped that major problems pertaining to accommodation would be resolved through the Green Float.