FlexHubDock is a sustainable port concept developed by a team of students of IAAC for the MAA 2010-2011 Emergent Territories/Ecocities Studio. The concept port envisions the city of Barcelona 40 years from now with a revolutionized port area.

The port area in the concept not only includes a commercial and logistic hub but also a place for recreational and public gathering. 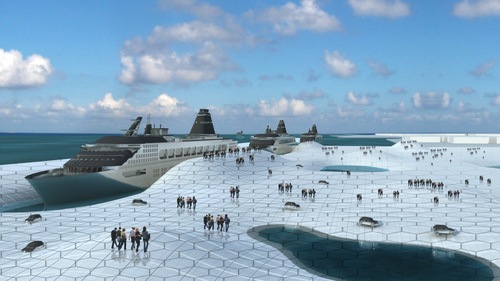 The concept comprises of a surface shared by docks for ships and a public plaza. The most important aspect of the port would be that it can change shape and create space according to requirements. 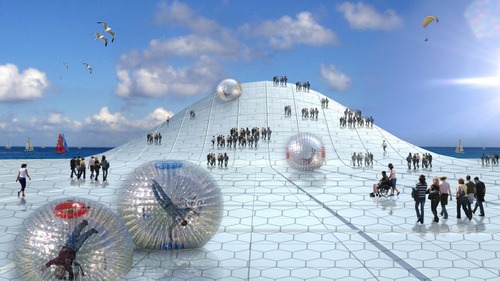 The port can be physically transformed at any time. The control of the moment will be done by embedded sensors and a network system which will receive signals on space requirements. The shape and function of the dock can be changed several times to suite multiple requirements.