With length and breadth of 100 meters, along with 11 decks, Project Utopia is a yacht island with volume equal to any cruise liner. 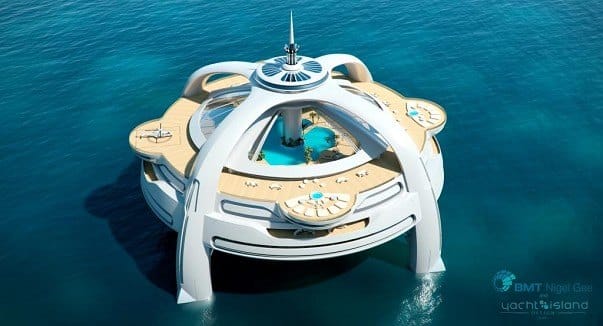 The design consists of four legged platform, with each leg supporting a fully azimuthing thruster. A large central structure bisects the water surface acting as the conduit for the mooring system which is a critical element of the design, as well as housing a wet dock for access by tenders. The design also consists of multiple helicopter pads.

Of the 11 decks, the uppermost deck is covered by a retractable canopy and on the 13th floor, which is 65 m above the water surface; there is an observatory with 360 degree views.