The year 2014 was an year of making new records in the maritime industry with the launching of some very interesting and important vessels.

Apart from some major launches, a series of innovative vessel concepts and designs were also launched in 2014.

Let’s take a look at some of the most noteworthy designs launched in this year:

In September 2014, DNV GL introduced an unmanned shipping concept “ReVolt”, a vessel that is greener, smarter and safer than conventionally fuelled and operated vessels.

Autonomous, fully battery powered and highly efficient – “ReVolt” is a new shipping concept that offers a possible solution to the growing need for transport capacity.

Instead of using diesel fuel, “ReVolt” is powered by a 3000 kWh battery. This reduces operating costs by minimizing the number of high maintenance parts such as rotational components. The vessel has a range of 100 nautical miles, before the battery needs to be charged. If the energy required for that is harnessed from renewable sources, this would eliminate carbon dioxide emissions. Read more about Revolt here.

Space for additional containers can be made by sliding the upper three decks of the container ship’s accommodation area, creating area for cargo which would have otherwise gone unused. The accommodation block is accommodated on two side casings on a ship, which stretch the length of two 40 ft bays and where lifeboats, provision cranes and utility rooms are located. Read more about Skybench here. 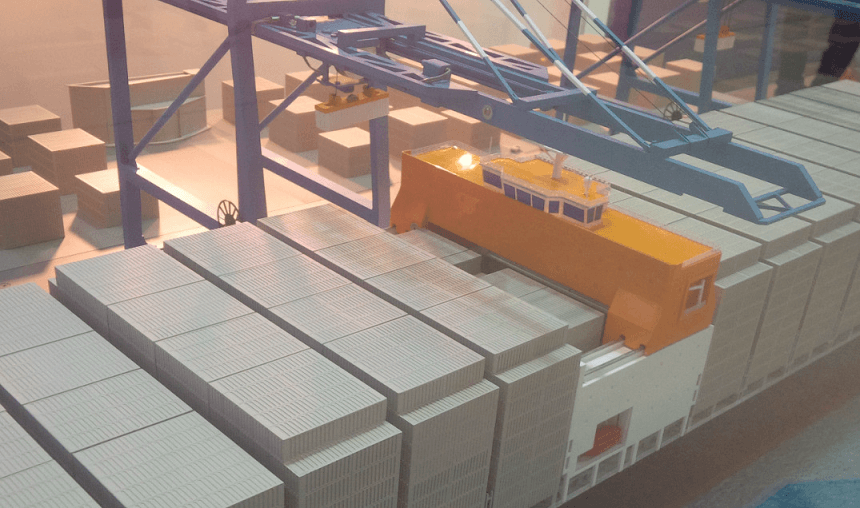 In 2014, Rolls-Royce unveiled the design of the world’s first remote-controlled unmanned cargo ship. The concept of unmanned cargo ships revolves around a no-crew ship that can be controlled from the shore. The project is being developed in collaboration with a research project called MUNIN –  Maritime Unmanned Navigation through Intelligence in Networks supported by the European Commissions and which aims at developing and testing the autonomous ship concept.

Vessels of the Future Research Association

BMT Nigel Gee (BMT), in partnership with Sigmund Yacht Design, released an audacious design concept to redevelop the Royal Navy’s Invincible Class aircraft carrier, HMS Illustrious which was to be withdrawn from naval service this year.

The UK Ministry of Defence stated that the ship will be preserved after leaving service and innovative proposals from a range of organisations, including private sector companies, charities and trusts are welcome.

Ecoships introduced a next generation bulk carrier design, developed to set the standard in ecologically compatible marine transportation. Inspired by the low friction to water flow and self-cleaning properties of the lotus flower – a symbol of purity and beauty in Buddhist and Hindu philosophy – Ecoships’ Greenlotus 32, is a 32,500dwt geared, wide hatched, handy-size bulker, designed to meet existing and future CO2 (carbon dioxide) NOx (oxides of nitrogen) and SOx (oxides of sulphur) emissions regulations. Read more about next generation bulk carrier here. 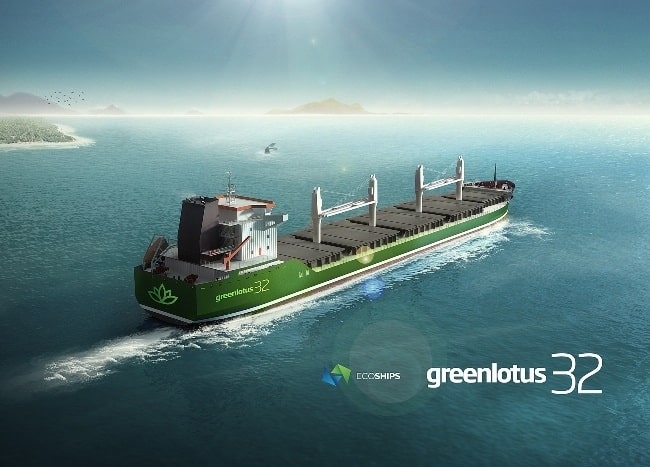 Wärtsilä was selected as the partner for designing a new ferry as part of the ‘Midway Alignment of the Bothnian Corridor’ project this year.

The ferry is designed for sailing between Vaasa in Finland and Umeå in Sweden across the Gulf of Bothnia in the Baltic Sea.The design will also take into account the need for operational flexibility since the transport demands on this route vary from season to season.

A new, highly efficient, Aframax tanker design offering practical and viable solutions that meet current and forthcoming emissions legislation was launched by Wärtsilä at the Posidonia 2014 exhibition in Athens, Greece.

The new Aframax design emphasises energy efficiency to provide lower operating costs and enhanced environmental performance. It features an optimised hull form to minimize resistance, and an optimised propulsion train with energy saving devices (ESDs) for greater efficiency. Fuel savings have been the primary focus during the development of this design, and significant testing of the hull lines by both CFD and tank testing have successfully produced a highly competitive design.

This innovative ship configuration significantly increases the speed of the drilling process, it greatly improves the ergonomics of the operational areas. It also results in better efficiency, improved safety, more comfort for people on board and higher transit speed . 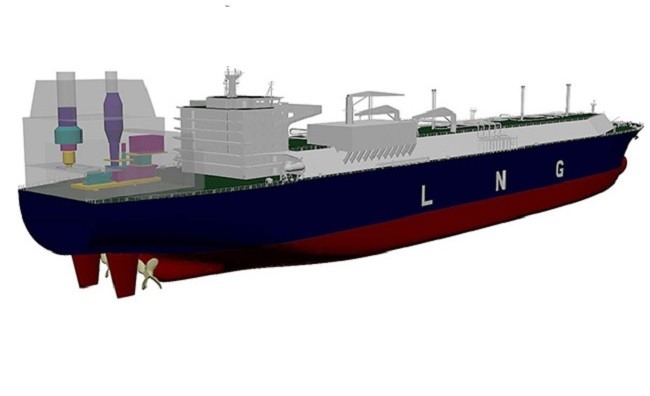 FPSO are commonly used in the offshore oil and gas industry process and store crude oil and liquefied gas from offshore wells until it can be transported via pipelines to shore or via ship-to-ship transfer. This new concept H2/CO2 FPSO, however, uses steam reforming and shift conversion to extract hydrogen (H2) and carbon dioxide (CO2) from the associated gas produced as a byproduct of oil well production.

Do you any important design or concept that can be added to this list?