You are here: Home › Marine Environment › The Giant Sponge and Return of the Neptune’s Cup
TwitterFacebookLinkedInPinterestBuffer

A giant sponge has recently been rediscovered off the coast of Southern Singapore, more than 100 years after it was last seen. Also famously known as the Neptune’s Cup, the giant sponge is usually a meter in both height and diameter and has a cup shape structure.

Neptune’s cups were first discovered in 1822 and because of their unusual characteristics have been extremely famous among collectors. Their popularity led to their over-harvesting until they disappeared from Singapore in 1870s. 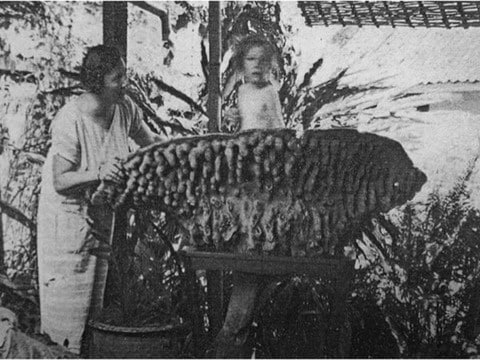 The last giant sponge was seen in 1907 in West Java, Indonesia. The species have been thought to be extinct since then. Because of its size, the Neptune Sponge was once used by Mothers to bathe their children. 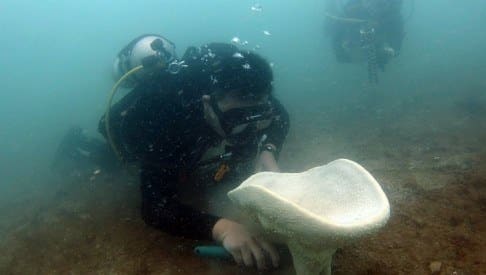 Two giant sponges have been recently found near Singapore’s Saint John’s Island by the environmental engineering firm DHI Water & Environment. The sponges found are approximately 50 meters away from each other. However, these sponges are described as fairly young and are only 30 meters in diameter.

The Silent Evolution : An Artificial Coral Reefs With a Difference
10 Methods for Oil Spill Cleanup at Sea

Why is the Yellow Sea “Yellow” and the Dead Sea “Dead”?
Want to share your tips and advice? Got questions? Visit the community forum to ask questions, get answers, meet people, and share your tips!