Find out below the list of top 10 biggest cruise ships in the world until now. Kindly note that some ranks have more than one cruise ships listed. 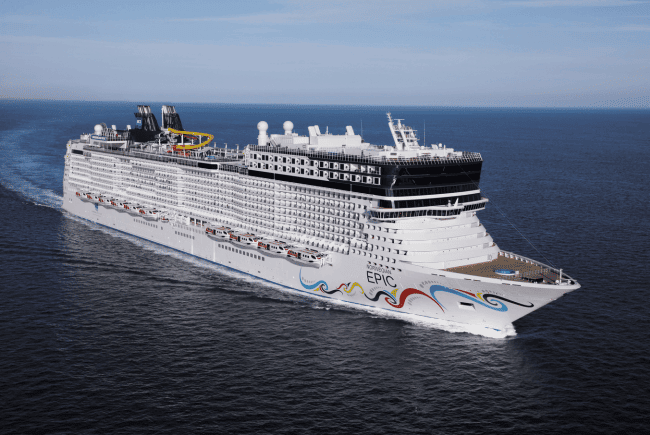 At present, the Norwegian Epic is the biggest cruise ship in the entirety of its owning company’s operating fleet. The ship measure 329.5 m in length.

3. MS Freedom of the Seas, MS Liberty of the Seas and MS Independence: The second Royal Caribbean cruise line vessel, the Freedom of the Seas is the world’s third biggest cruise ship. Built by the European shipbuilding giant STX the vessel measures almost 339 metres with a GRT of slightly over 1, 54,000 tonnes.

Two other Royal Caribbean vessels, MS Liberty of the Seas and MS Independence of the Seas, share the number three spot with similar technical specifications alongside the Freedom of the Seas.

4. Queen Mary 2: The British cruise vessel has been in operation for almost a decade. Queen Mary 2 measures over 1, 45,000 tonnes with dimensions of around 345 metres (lengthwise), 41 metres (width wise) and a draft of slightly over 10 metres.

Owned by the Carnival cruise line the vessel is operated by its ancillary company, the Cunard Corporation.

Owned and operated by the Mediterranean Shipping Company (MSC), almost 4,000 cruisers can be housed within the vessel with a crewing complement of over 1, 600.

6. MS Navigator of the Seas and MS Mariner of the Seas: Cruises ships 2013would be incomplete without the inclusion of the Navigator of the Seas. Featured as a part of the Royal Caribbean cruise line’s Voyager cadre of vessel fleet, the vessel was commissioned in the year 2000. Built by the Finnish shipbuilding company Aker, the vessel measures over 1, 38,000 tonnes (GRT) with lengthwise dimensions of over 311 metres and a voyager accommodation capacity of over 3,000 people.

Her sister vessel, MS Mariner of the Seas is also ranked sixth in the world among the biggest cruise ships for 2013 with similar measurements and constructional dimensions.

7. MSC Splendida and MSC Fantasia: The seventh of the biggest cruise ships MSC Splendida is a sister ship to the Divina. In operation since the past three years, the Splendida’s name is a reflection of her constructional excellence. The vessel has a gross registered tonnage of about 1, 33,000 tonnes and measures over 333 meters lengthwise. 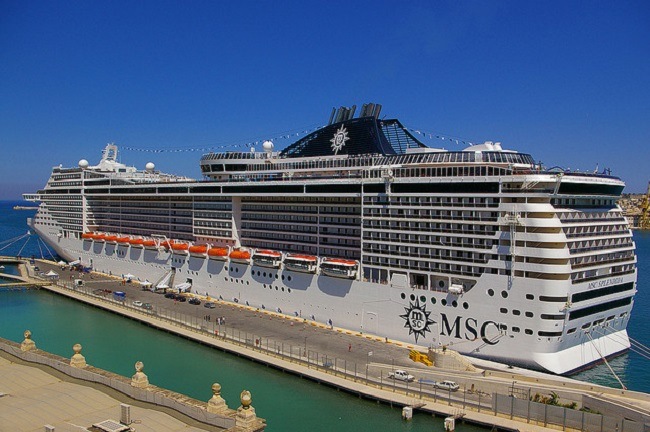 MSC Fantasia, the third vessel after Divina and Splendida in the Mediterranean Shipping Company’s Fantasia cadre of vessel fleet also takes the seventh spot globally as the largest cruise ships in 2013.

8. MS Explorer of the Seas: The eighth of the largest cruise ships Explorer of the Seas is the fourth Royal Caribbean vessel to be featured in this list. Sister ship to the Navigator of the Seas, the Explorer is also a Voyager cadre vessel with specifications of over 311 meters lengthwise and over 35 meters widthwise.

The Explorer of the Seas has been in operation since the year 2000 and has itineraries spanning the Caribbean, Bermudian Islands, the Bahamas and several other scenic destinations in the USA.

9. MS Voyager of the Seas and MS Adventure of the Seas: The Voyager is sister vessel to both the Explorer and the Navigator of the Seas. The third vessel in the Voyager cadre of the Royal Caribbean cruise company’s fleet to be listed, the Voyager was built in the year 1999. The vessel has a GRT of slightly over 1, 37,000 tonnes with dimensions of about 311 metres lengthwise, a width of over 47 metres and a draft of eight metres.

In the year 2001, the Royal Caribbean cruise company put into operation yet another vessel – the MS Adventure of the Seas. Classed under the same cadre as the MS Voyager of the Seas the Adventure too has similar technical features thus sharing the ninth place in the cruise ships 2013 list with her sister vessel.

A couple of other Carnival vessels, the Carnival Dream and the Carnival Magic, in operation since 2009 and 2011 respectively, also feature 10th in the global fleet list of largest cruise ships for 2013 with same dimensions as that of the Carnival Breeze. The ships measure over 306 m in length.