Cruising as an experience deserves to be the best. M/V Aria, a cruise ship by the cruise company Aqua Expeditions, lives up to the expectation of providing the best cruising experiences ever.

The luxury cruise ship, put into operation in the month of April 2011, is a sister vessel to the M/V Aqua and operates in the Peruvian Amazon waters, most importantly its remotest locations. 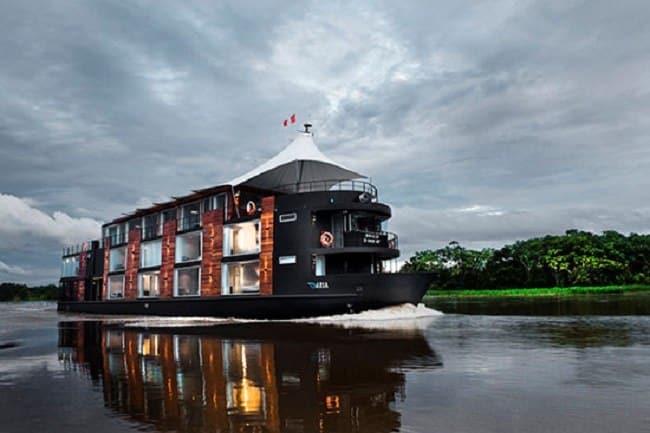 This spectacular cruise ship was customized according to the operator’s specifications and designed by Jordi Puig, a very well-known architect from Peru.

The vessel’s unique construction makes it a perfect cruising vessel especially for the waters of the Amazon.

In spite of being a river cruise ship, the amenities and facilities offered aboard the Aria are no less compared to the cruise vessels operating in the oceanic waters. The cruise ship boasts of Jacuzzis, air-conditioned rooms and cabins, choicest dining options, a gymnasium, taproom and an observatory. 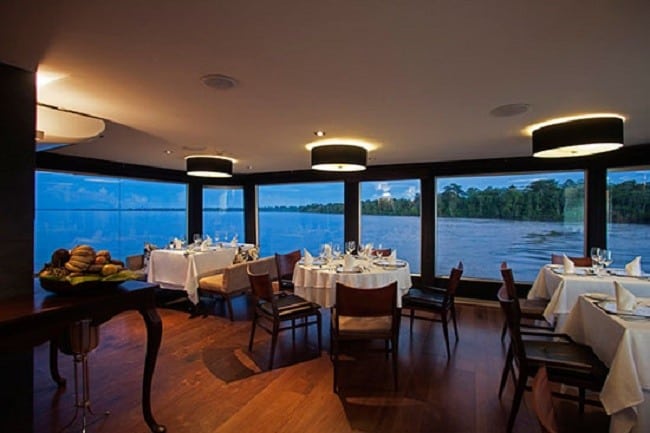 However the icing on top of the vessel’s features’ cake is the view it offers. The vessel’s residential cabins are built to face the water while the vessel’s in motion. This accounts for the patrons enjoying best cruises not just in terms of the cruise location but also the continuity of the view.

Aqua Expeditions is a cruise operator offering cruises primarily in the Latin American nation of Peru. The company was established in the year 2007 with M/V Aqua as its first cruise vessel. The company’s singularity in providing cruising options in the exotic Peruvian Amazon has made it quite popular among potential voyagers even as the company has a fleet of only two vessels. 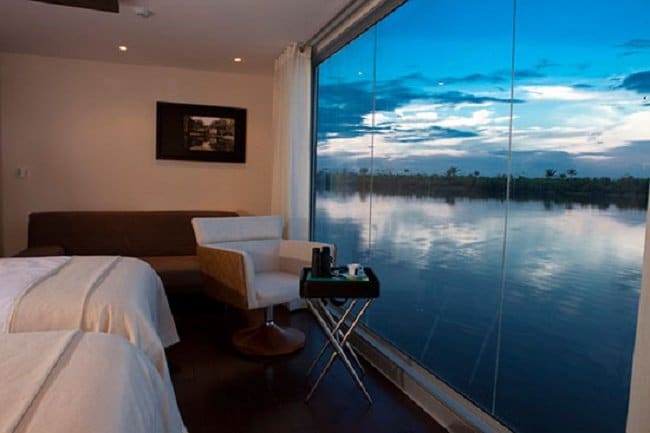 Considering that river cruising is a very important cruising domain, several cruise conglomerates have come up and are coming up with additions to their river cruise segment. The year 2012 promises to be a year to watch out for several new river cruise ships.  19 cruise vessels are expected to be launched internationally in 2012, heralding newer and a much wider scope for the sector.