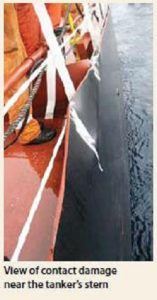 A tanker at anchor was preparing to moor a large bunker vessel on her port side to receive fuel. When she was nearly in position, the bunker vessel passed two stern lines to the tanker’s port quarter, where they were belayed on bitts. Due to the absence of any lines forward, the bow of the bunker vessel canted away, causing the sterns of the two vessels to close.

Whilst changing the ultra violet (UV) lamp in the ship’s fresh water steriliser unit, a crew member inadvertently switched on the UV light and stared directly into it, leading to temporary blindness. 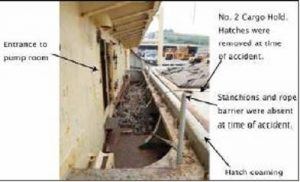 While berthing a ship at night, a second officer fell into a cargo hold and lost his life due to serious injuries. The accident could have been easily avoided if some simple safety precautions would have been taken. 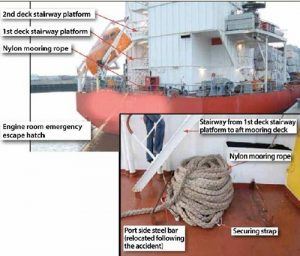 An accident on board a ship during rough weather threw the crew overboard while they were attempting to secure the nylon mooring lines at the aft deck. Despite the best efforts of the vessel and search and rescue (SAR) services, the two men could not be recovered.

Learn how a master got into trouble because of violation of local ballast water regulation when the ship’s crew accidentally carried out deballasting at a port and failed to reveal the truth even on asking about the same. 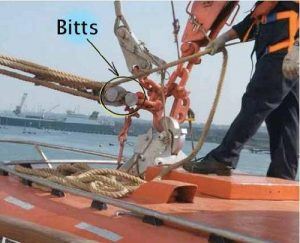 During lifeboat drill on a passenger vessel, the officer and crew member, who were not wearing any form of personal restraint, slipped from the smooth coach roof and fell 22 metres into the water below. Read inside to find out what caused the accident. 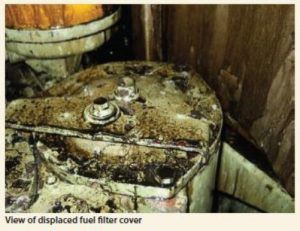 An engine room fire on board a bulk carrier leads to thick black smoke which reduces the visibility in the engine room and forces all staff to evacuate the machinery space. Read inside to learn about the root cause of the fire. 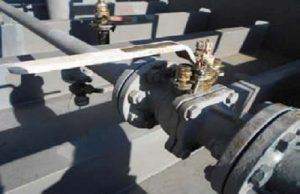 In anticipation of freezing winter conditions, all fresh and sea water lines on deck of a product tanker, including the tank cleaning lines drains, were left open as a precaution. The Chief Officer (C/O) on bridge watch noticed a small pool of oil cargo moving with the roll on the main deck starboard side. Read inside to know more. 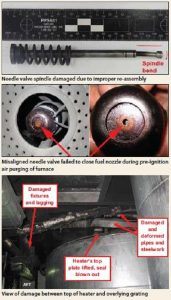