A bulk carrier had loaded a cargo of packaged sawn timber. This was the first time timber had been carried on board the ship and the crew were inexperienced in this type of cargo. A supercargo had been appointed for the loading to help supervise and provide guidance to the chief officer on cargo loading and securing and ship stability requirements.

Following the supercargo’s instruction, the ship’s crew secured the deck cargo by means of top-over lashings using chains and turnbuckles. Wooden ladders were constructed at the fore and aft ends of the deck cargo stack to allow access between the accommodation and the forecastle. 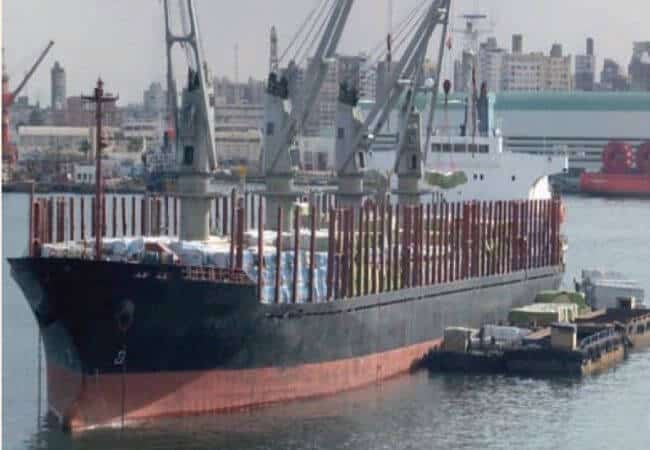 Upon arrival at the discharge port, the ship’s crew removed the deck cargo lashings and cargo was discharged into barges secured alongside the anchored ship. All aspects of the cargo discharge, including the operation of the ship’s cranes, were carried out by shore stevedores as required by the charter party. During the discharge, the bosun was to carry out security rounds and to monitor operations for any damage caused to the ship. There was no supercargo to advise the Master and crew during discharge. 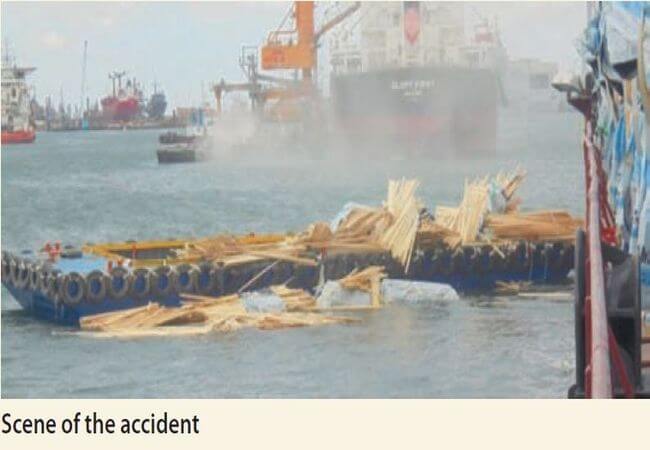 Two barges were alongside on the starboard side and one barge was positioned on the port side. At one point during the discharge about 20 packages of timber, each about 2 tonnes, tumbled overboard from the port side. Cargo operations were stopped. It was then realised that the bosun had been standing on top of the stacks that had gone overboard.

A search of the water and the barge was begun. The bosun was found under a pile of timber on the barge. He was evacuated ashore, but was pronounced dead some time later.

Some of the official report’s findings include:
– With the deck cargo lashings removed, the cargo packages stowed on deck had insufficient stability.
– The use of uprights would have helped prevent a deck cargo stack from collapsing once the securing lashings had been removed.
– Prior to loading, the Master was not advised of either the deck cargo package racking strength or the frictional resistance of its plastic covering. Such information would have enabled him to make a more informed assessment of the deck cargo stack’s stability and security.
– Poor stevedoring practices that had been witnessed by the ship’s crew were not discussed with the stevedores’ foreman and so were allowed to continue.
– Without the provision of a lifeline, there were no readily available means for attaching a safety harness. Without edge protection or any means of fall arrest, the risk of falling from the top of a deck cargo stack, or as a result of a deck cargo stack collapse, was significant.
– The ship’s crew did not assess the level of risk correctly. For example, it was not considered necessary for a catwalk to be installed nor for safety harnesses to be worn while on passage. This miscalculation of risk continued during cargo discharge operations. 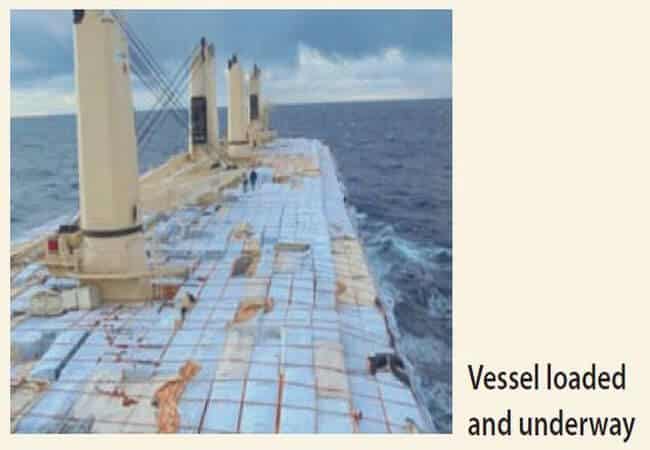 Real Life Incident: Fatal Fall Overboard Between The Berth And The Vessel

Dangers Of Aluminium Phosphide On Ships
Want to share your tips and advice? Got questions? Visit the community forum to ask questions, get answers, meet people, and share your tips!