Around 12 years ago, the capsizing of a chemical tanker ship – Ievoli Sun – led to huge causes of concern on account of huge potentiality of maritime ecosystem pollution.

The Ievoli Sun chemical tanker accident was an unprecedented incident, an accident without any preliminaries but which left yet another distasteful memory in a long-winding list of maritime mishaps.

The chemical tanker ship accident occurred in the English Channel, quite close to the Channel Island of Alderney, in the early morning of 30th October 2000. 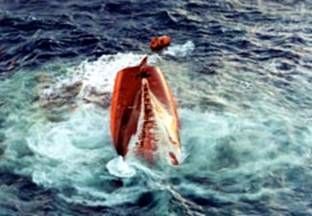 At the time of its accident and eventual sinking, the vessel was on-route from the British port of Fawley to the Barcelonan port and was equipped with important but hazardous and noxious substances like vinyl benzene (styrene), isopropanol alcoholic solvent and butanone (methyl ethyl ketone).

These chemicals are regarded to be extremely dangerous on account of their in-solvability in water, which further compounded the threat to the maritime ecology after the tanker ship’s unexpected mishap.

Some basic facts about the tanker ship

The accident was caused not because of negligence on the part of the crew but because of the prevalent harsh weather conditions. The prow (bow) of the tanker ship bore the brunt of the harsh weather causing sea water to flood into the vessel and pressurize its stability on the water. Fortunately, the crew’s alertness and the resultant distress call to the Marine Rescue Co-ordination Center (MRCC) helped in the timely evacuation of the crew by a French naval copter. 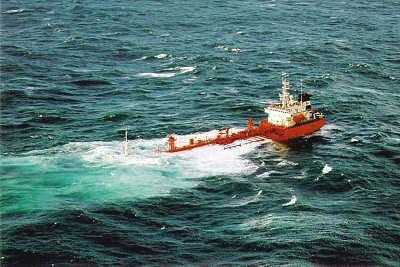 Concerns however were mounted extremely on the threats that the chemicals especially vinyl benzene posed to the ecology. However immediate response teams engaged by the French maritime officials to check out the spillage situation reported that while a limited capacity of vinyl benzene had indeed spilled onto the water, it had vaporized almost immediately, thus negating any causes for potential ecological hazards. As regards the remainder of the quantity of vinyl benzene, they were reported to be in a comparatively safer position and were expected to solidify of their own accord. These were later recovered and disposed of in the most appropriate manner by authorities.

The vessel was monitored by Domenico Ievoli officials before the vessel embarked for this particular marine shipping engagement. Though the company did indeed carry out a thorough monitoring, several loopholes emerged as various core equipment and facilities remained unchecked by the vessel’s monitors. This caused immense problems as issues about monitoring thoroughness rose, thus clouding the already precarious marine shipping sector. 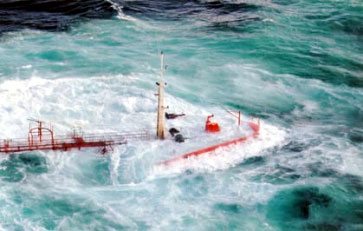 The Ievoli Sun was a crucial reminder that marine accidents could occur without any personnel negligence but caution and prevention by way of ensuring vessel’s work-ability and fully efficient functionality before every operation is essential. These two measures would effectually eliminate any possible threats of such unprecedented accidents, thereby bettering the international shipping industry operational processes.