The vessel passed the next planned waypoint and maintained her course for just over 2½ miles, at about 10.5 knots. The OOW woke up and, sensing something was wrong, he immediately moved the engine control to neutral, and then full astern, but the vessel grounded nonetheless. 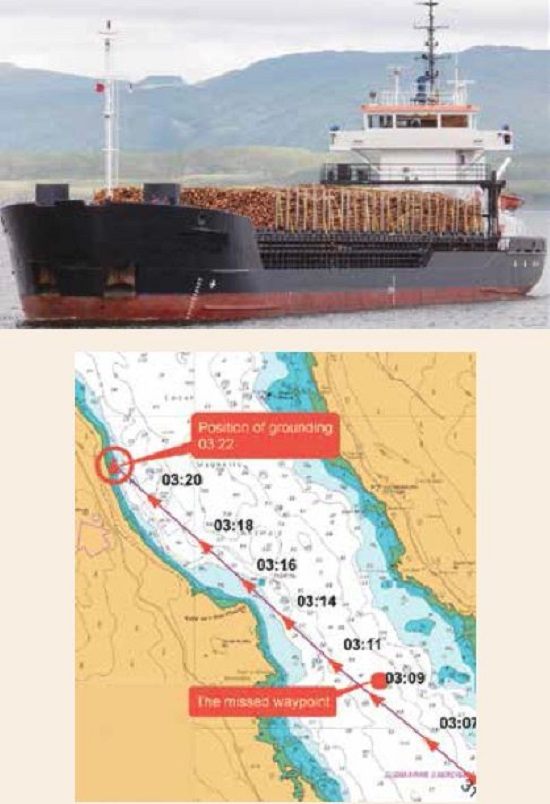 At the time of the accident, the wind was south-westerly force 3, the sea was calm and the visibility was good.Some of the findings of the official MAIB report