When another large tanker anchored about 0.3nm away at the same anchorage. Sometime later, the vessels began to swing about their respective anchors due to the shifting tidal stream, but the effects on each ship were slightly different. The vessel’s sterns began to approach one another. Concerned about a possible collision, the OOW on vessel. 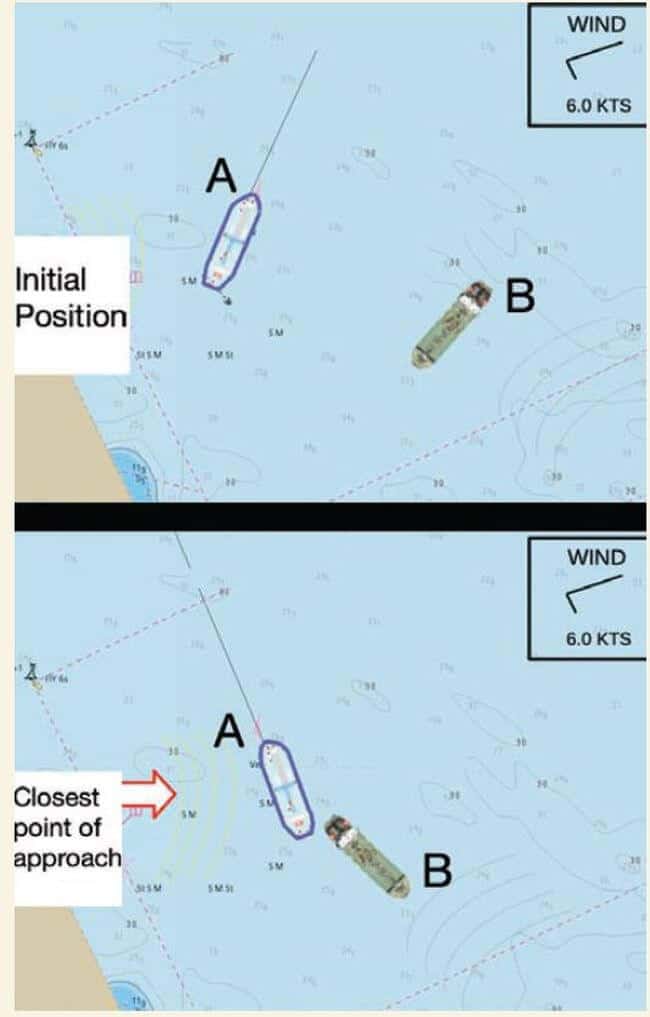 Concerned about a possible collision, the OOW on vessel A repeatedly attempted to communicate with vessel B but received no response.

The Master was called to the bridge. With the vessel still receiving no response on VHF from vessel B, the anchor party was made ready and the main engine brought on line for manoeuvring. Only 25 minutes had transpired since the vessels began to swing from their initial positions, but they were now less than 0.15nm apart. Dead slow ahead was ordered and the anchor was heaved up simultaneously, increasing the distance between the vessels.