Crew were performing maintenance work at a protected anchorage. The bosun and the chief officer discussed painting a portion of the port engine room vent that had recently been repaired. In the early afternoon, the bosun took the initiative to begin this job alone. He entered the steel basket attached to the port provision crane, attached his safety belt to the crane’s hook, then used the remote control to operate the crane and manoeuvre the basket to the engine room vent.

After working for some time, the bosun again used the remote control to manoeuvre the basket down in order to take a break. A nearby officer heard the sound of liquid spilling; it was paint coming from the basket that the bosun was manoeuvring towards the deck. As the officer walked towards the spot where the paint had spilled a snap was heard. 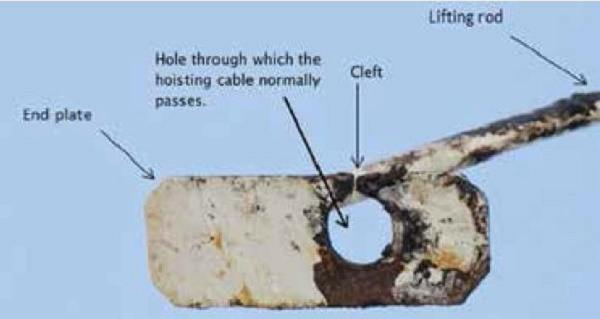 He looked up and then stepped back at the same moment the basket containing the bosun came crashing down approximately five metres, landing directly in front of the officer. Immediately following the accident, the crew members removed the bosun from the basket and administered first aid but he was later declared deceased. 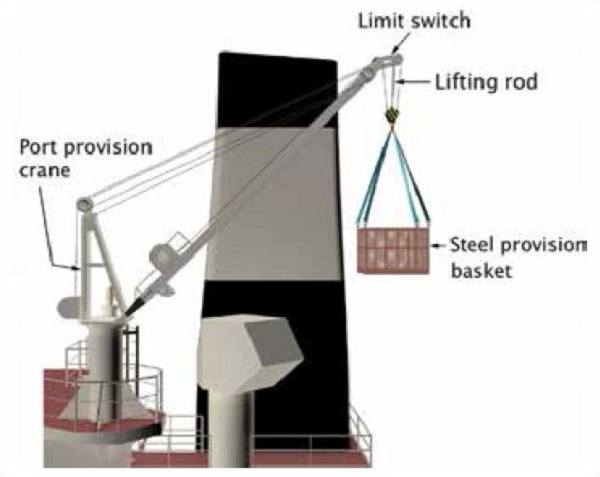 Some of the findings of the official report, as edited, were:

It is very tempting to use a provision basket to transport crew to hard to reach maintenance areas. But, if the basket has not been certified for transport of personnel it should not be used.
Attention to detail is important – in this case a vital safety device (limit switch) was rendered useless by a faulty installation.