An excursion passenger vessel arrived off an island where the passengers spent the morning making shoreline excursions in rigid-hulled inflatable boats, observing the wildlife. The weather became unsuitable for small-boat excursions in the afternoon, so the boats were taken back on board.

An OOW was assisting the Master on the bridge and primarily using the vessel’s ECDIS to position the vessel and gain situational awareness. However, the Master and the navigation officer had come to no agreement about a plan, nor had they expressed to each other their expectations.

As a result, and despite the Master wanting to avoid an area identified with overfalls and eddies, no effort was made to establish a no-go zone. Additionally, the ECDIS shallow contour setting was at 6m, which would have rounded up to 10m on the ENC in use at the time of the accident. With this configuration, the shallow contour did not show, as it was effectively the same as the safety depth. 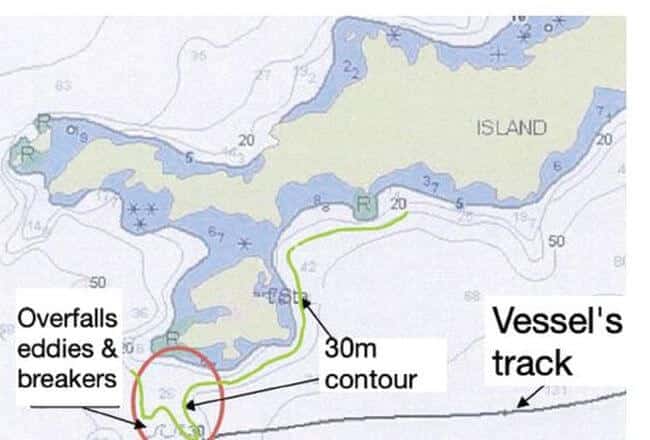 While the Master was focused on manoeuvring the ship to facilitate the safe recovery of the rigid-hulled inflatable boats and communicating with the operation taking place at the ship’s stern, the ship drifted very near the island and it struck an uncharted rock. The rock pierced the hull in an empty void tank, which flooded with water. The damaged compartment had little effect on the ship’s stability, and the ship was able to continue to another island before returning to port for temporary repairs. Nobody was injured. 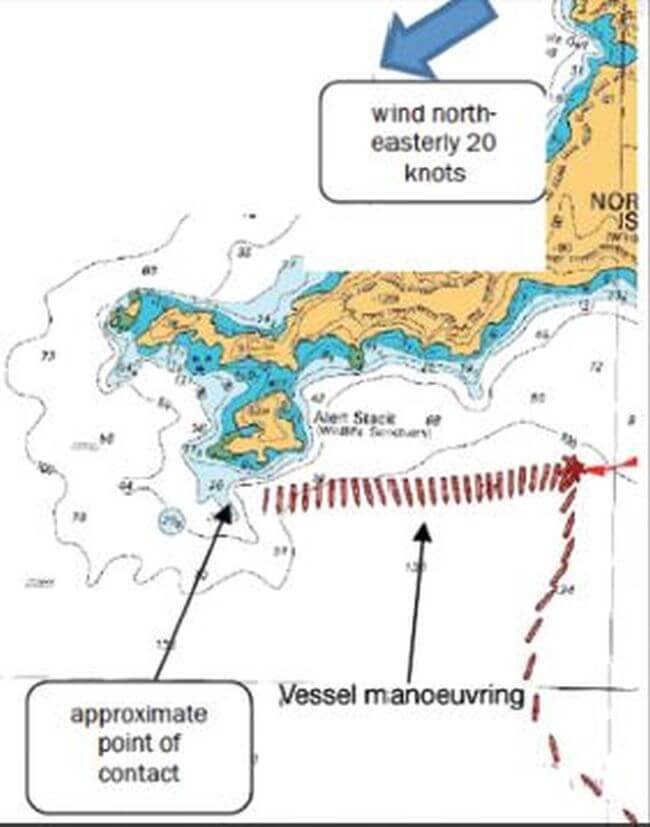 What is Cappuccino Bunker Effect On Ships?

Real Life Incident: On The Bridge But Not On The Job Leads To Collision