A tug was pushing a barge in ballast. The tug was connected to the barge with pins; an arrangement commonly called an articulated tug-barge (ATB). At one point, the OOW altered the ATB’s course to port to pass one nautical mile off an island at the entrance to a channel.

Just over 30 minutes later, the ATB passed the next port alteration waypoint off the island but did not alter course. At this time, the weather was light winds and rain, and a 0.3-meter sea. Another crew who was doing rounds called the OOW from the galley intercom radio but received no response. After a second attempt, again with no response, he made his way to the bridge.

A few minutes later, while he was still on his way to the bridge, the ATB struck a known and charted reef at the entrance to the channel. Following the impact, the OOW reversed both engines and placed the rudders hard to port. 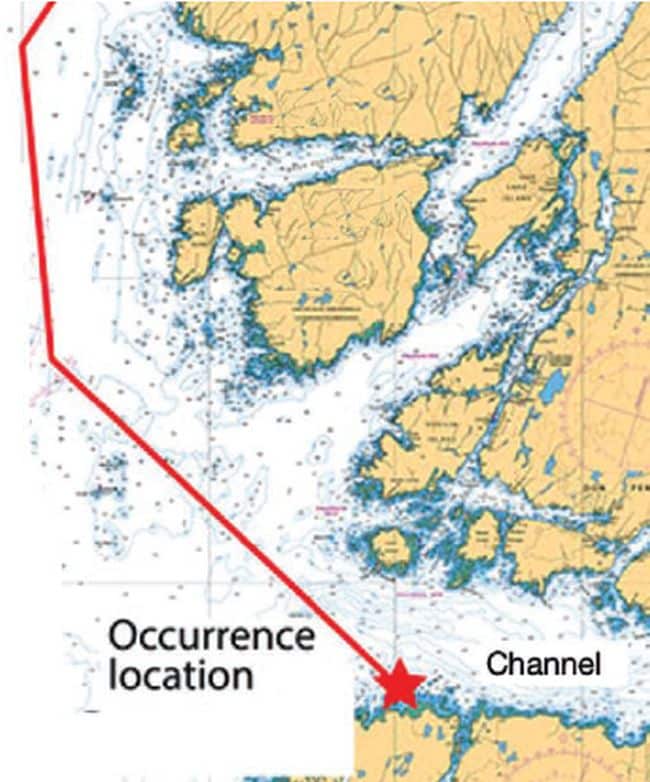 The noise of the engine in full reverse and/or the vibration of the tug alerted the remaining crew. The Master went to the upper wheelhouse, took over the watch, and instructed the OOW to ensure that the crew was awake and that they should survey the damage to the ATB. The tug’s starboard engine was disabled, so the Master attempted to reverse off the reef with the port engine and rudder.

The ATB pivoted but did not move off the reef, and the tug made contact with the seabed several times. Because of damage to the tug, pollution occurred. The crew was forced to abandon ship and were recovered by local marine authorities.

Among others, the investigation found that the OOW had likely fallen asleep and missed executing the course alteration point. The OOW’s fatigue stemmed from two sources:

Fire in Ship’s Gymnasium Due to Poor Quality Capacitors
Want to share your tips and advice? Got questions? Visit the community forum to ask questions, get answers, meet people, and share your tips!