A pure car carrier was departing port. After turning clear at the breakwater, the order to let go the aft tug line was given. The officer aft was holding the rope stopper and a crewman was holding the messenger line around the bollard to avoid excessive slacking off when letting go the tug line.

Two other crew members removed the eye of the tug line from the bollard, and then the rope stopper was slowly released. Suddenly, the tug line came under tension and shifted the mooring line, hitting the legs of the officer and sending him to the deck. He injured his back and required an emergency medical evacuation. 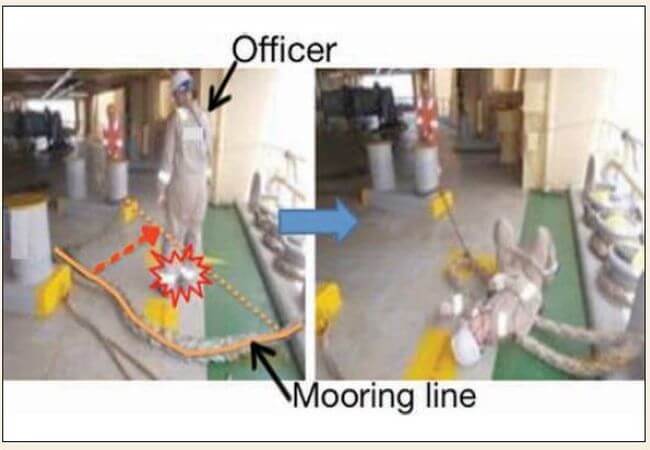 Real Life Incident: On The Bridge But Not On The Job Leads To Collision