A loaded bulk carrier was outbound in a river channel, in darkness and under pilotage. An OOW, helmsman and Master were also on the bridge. The vessel was stemming a 1 knot flood tide and making way at near 11 knots. At one point the engine RPM decreased from 90 to 48 under an automatic programme. The pilot asked what was happening.

The Master spoke to the engine room personnel and responded that there was an engine problem, but they were fixing it.

For the next 10 minutes, the pilot tried to keep the vessel in the channel using the reduced RPM while the Master talked to the engine room personnel on the phone in his native language, which the pilot did not understand. At one point the Master asked the pilot if they should anchor. The pilot responded that the location was not good as the current was reversing direction due to the ebb tide.

The Master continued to talk with the engine room personnel, with the vessel now slowing to about 6 knots. With no answers to his questions about the main engine, the pilot ordered both anchors away and emergency full astern. The vessel drifted nonetheless and grounded on the channel side. Damage to the vessel was estimated at approximately $4 million. 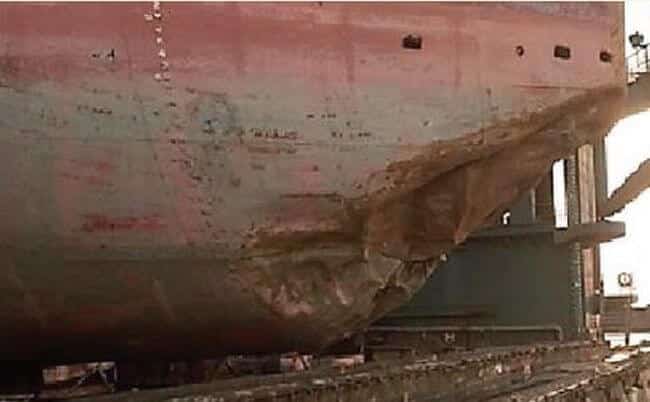 The investigation found that the engine failure was due to a cracked main engine cylinder cooling jacket that initiated an automatic reduction in engine speed.

Real Life Incident: Mooring Line Accident – Watch Where You Are Standing
Want to share your tips and advice? Got questions? Visit the community forum to ask questions, get answers, meet people, and share your tips!