A vessel was at sea and holding position. As a training exercise, the ship’s deck crew were discharging line throwing apparatus (LTA) on deck. Before the exercise, a toolbox talk was completed and the dangers discussed, including the importance of standing clear of the device when firing takes place. The device operating instructions were read out to the exercise participants.

After the first LTA was discharged, it was noted that there was a danger that the line could become fouled in the ship’s propellers after falling into the water. As a solution, a senior crew member suggested catching the line on its descent to speed up recovery. Unfortunately, the designated crewmember caught the line too early – on its ascent.

The speed and trajectory of the line caused it to cut through the victim’s glove and cause a minor friction burn to a finger. The victim was immediately given first aid treatment. The victim was new to the ship and relatively inexperienced. The suggestion of catching the line on its descent was made by a senior member of the crew and taken as an order by the inexperienced crew member. 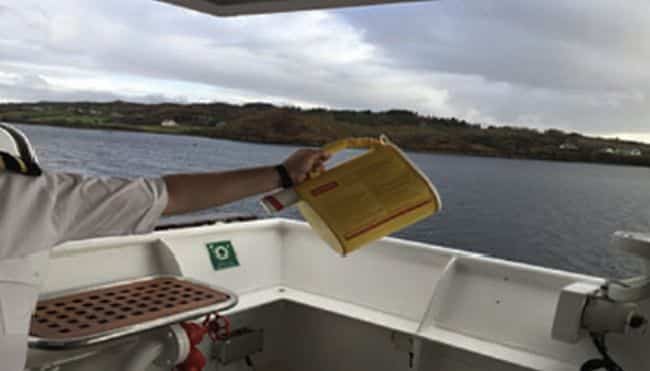