A bulk carrier was being loaded when the ship’s fire detection system activated. Soon after, fire alarms began sounding throughout the ship and many (though not all) of the accommodation fire doors closed automatically. The chief engineer, who was in the engine control room (ECR), went to investigate and saw smoke and flames coming from the generator fiat. He made an unsuccessful attempt to extinguish the fire using a portable fire extinguisher, then returned to the ECR and phoned the bridge, confirming there was a fire in the engine room. Shore-side assistance was called. By this time, thick black smoke was building up quickly in the accommodation area.

An announcement was made over the ship’s PA system; all crew members were directed to their muster stations. Some duty engine room crew evacuated the engine room via the lift while others used the stairs. Once most of the engine room ventilation dampers were closed the halon fixed fire suppression system was activated. However, a number of mushroom ventilators and dampers could not be fully closed because the closing mechanisms were difficult or impossible to operate. Consequently, the engine room was not effectively isolated. Smoke continued to billow from the openings and air entering the engine room sustained the fire.

It was later discovered that the halon gas was not fully released due to multiple failings linked to maintenance and testing of this equipment. Because the engine room was not effectively sealed the fire continued for about 12 hours until it burnt itself out.

The fire was caused by fuel oil spraying from a generator on to a hot surface. A fuel oil pressure gauge compression fitting on the generator had failed due to a less than adequate repair. Some of the other findings and safety issues of the official report were as follows:- A number of the vessel’s engine room fire doors were held open by wire and/or rope. The open doors allowed the smoke to spread across the engine room and into the accommodation spaces.

The maintenance of the opening and dosing arrangements for the vessel’s engine room fire dampers, ventilators, and other openings was inadequate. Several of them could not be closed, making it impossible to seal the engine room to contain and suppress the fire. – The halon gas fixed fire suppression system for the engine room was not fully operational. The multiple failures of the system at the time of the fire were not consistent with proper maintenance and testing. 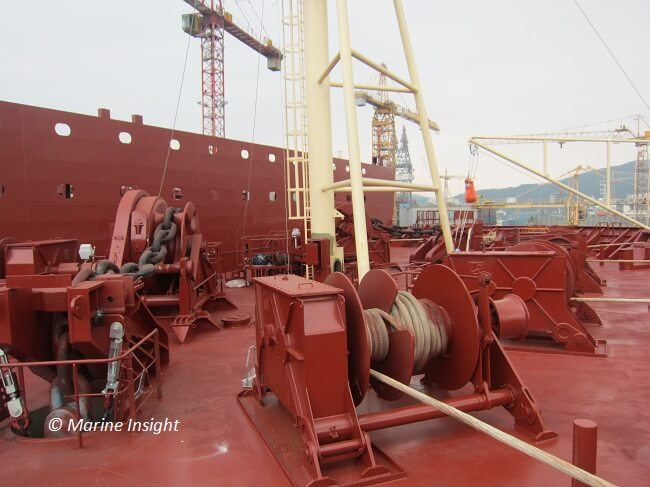