A container vessel was adrift in dense fog, standing-by off a busy port waiting for berth availability. Several other vessels were detected on radar but, due to the fog, could not be observed visually. The engine remained on immediate notice and the upper deck lighting was switched on. The traffic level was assessed as moderate with at least eight other vessels underway nearby.

Meanwhile, a tanker was approaching the same port. The Master of the tanker was at the con for the approach to the pilot boarding position.

A few course alterations were executed to avoid potential close quarters situations with several vessels. The tanker’s Master observed a new radar contact about 2.4 nm ahead. From automatic identification system (AIS) data, he established that the new contact was the container vessel and, from the orientation of the AIS symbol, he assumed that it was heading in a south-westerly direction. 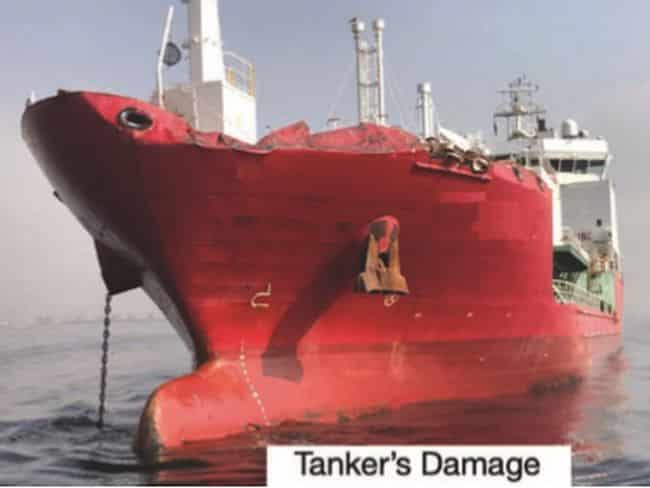 On the container vessel, the OOW was aware of numerous vessels approaching on the port side. Because of the poor visibility and his increasing concern about the possibility of the collision he sent the deck cadet to the port bridge wing to keep a lookout there. He did not, however, call the Master who was sleeping. Back on the tanker, the Master was talking with the OOW of another vessel in the vicinity on VHF radio.

The tanker had just made an alteration of course to starboard, intending to avoid the container vessel bypassing its stern. This course change was also intended to increase the CPA with the vessel he was speaking to, which was approaching to port. With the tanker making 13 knots and noticing that the CPA of the container vessel had not increased as expected, the tanker’s Master put the helm hard to starboard. 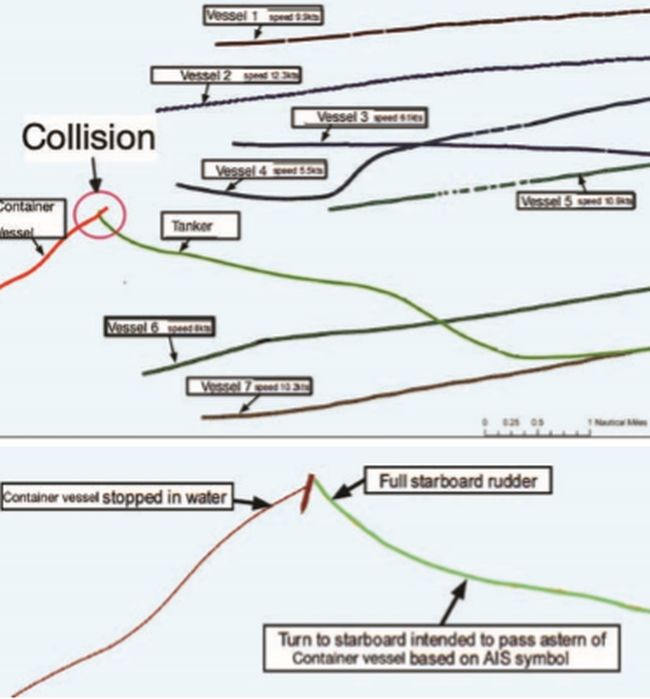 Photos: ITF’s New Norwegian Inspector Gets Crew Home, Paid Stolen Wages
We use cookies to ensure that we give you the best experience on our website. If you continue to use this site we will assume that you are happy with it.OkRead more