A small tug was underway in good visibility but in darkness. The vessel was making about 8kt with the OOW as sole person on the bridge and the helm on autopilot.

They were on a well-traveled route, which was loaded into the vessel’s chart plotter. The two other crew members came up to the bridge from time to time for social interaction, but they were not there as dedicated lookouts.

At one point, the OOW switched on the searchlight to see the reflectors on two navigation markers that indicated some reefs. When the OOW saw that he was abreast of the red marker (see image), he moved the autopilot control stick a few ‘clicks’ to port. 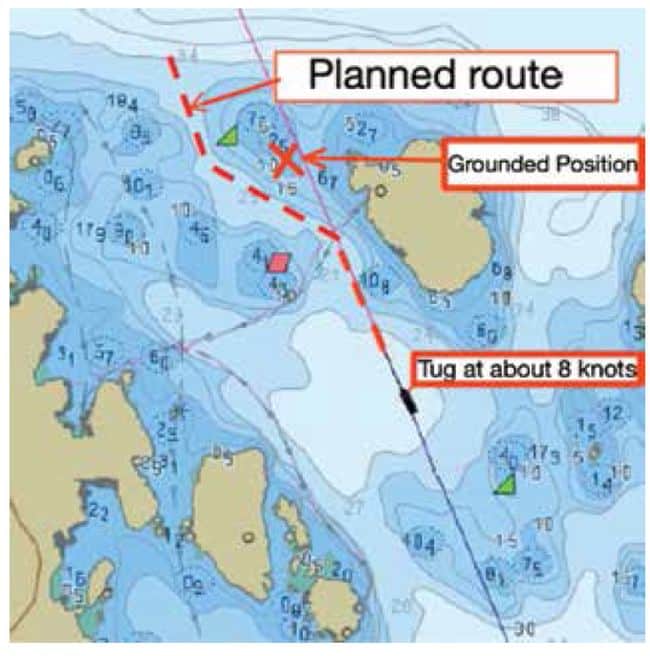 Although the OOW later stated that the vessel did not change course, the AIS signals show that the vessel’s course changed by 6° to port during the final 31 seconds before the grounding. The OOW stated that he then wished to put the vessel into manual steering, but the vessel ran aground before he could do this, and he was thrown violently forward.

The OOW immediately tried to reverse the grounded vessel off, but found that the vessel’s propulsion system did not respond. Not long after the grounding the vessel slipped off the rocks, drifted and then sank about 40 minutes after grounding. The crew abandoned ship and were later rescued. 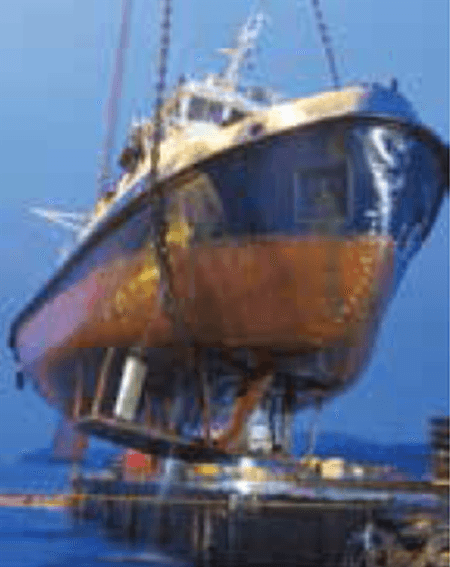 What is Cappuccino Bunker Effect On Ships?

Real Life Incident: Mooring Boat Crushed And Sinks
Want to share your tips and advice? Got questions? Visit the community forum to ask questions, get answers, meet people, and share your tips!