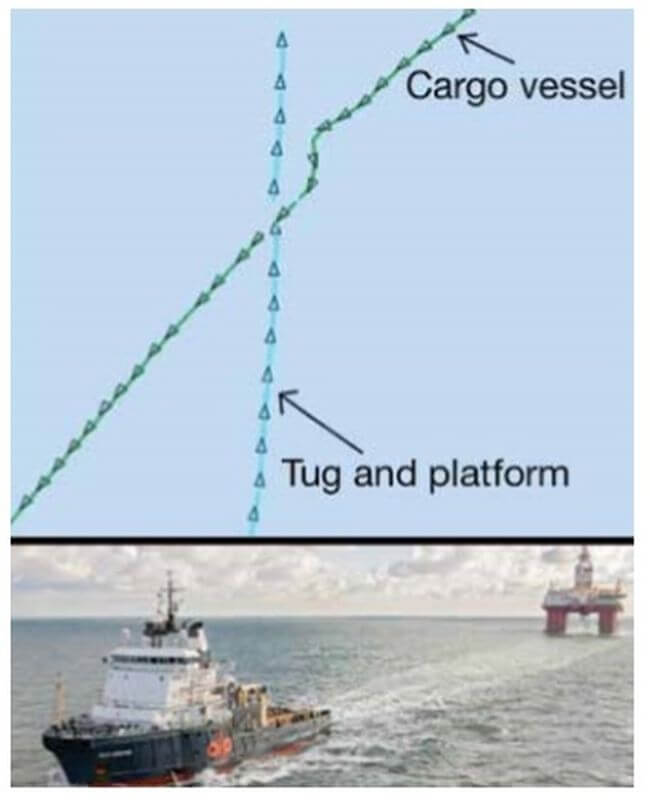 An investigation by the cargo vessel’s company was initiated because the tug company contacted the cargo vessel company about the close call. From the data on the voyage data recorder (VDR), it was found that the Master of the cargo vessel was navigating visually and had no indication of CPA whatsoever, as both radars were set on standby during the near miss situation. According to the VDR recording, the Master initially steered the cargo vessel towards the stern of the tug, probably unaware of the fact that a tow line lay between the tug and the oil platform.
It was later discovered that the vessel’s three senior officers, Master, chief mate and chief engineer, had serious alcohol consumption problems. Junior crew were aware of these facts but they were afraid to report the senior officers to the company management. Given the sequence of events it is highly likely that the Master, acting as OOW, was under the influence of alcohol at the time.

Irrespective of your rank, always take measures to inform management of alcohol abuse on your vessel – your life may depend on it.

The company’s safety management system should allow for a procedure to report any deficiency to company management, including drug and alcohol abuse by the crew and Master.