A small general cargo vessel lost steering in a restricted waterway and ran hard aground against the edge of the channel. The cargo hold filled with water and the vessel listed heavily to port. Shortly afterwards, the vessel came away from the channel edge and floated free.

The crew pumped ballast with the intention of reducing the list while the vessel slowly manoeuvred against the fenders of a nearby bridge on the opposite side of the channel. The vessel managed to moor alongside the fenders, and then sank to the bottom of the channel without capsizing.

The vessel was evacuated and the navigation channel was closed to all commercial shipping for about four days. Once the vessel had temporarily been made watertight, it departed to a nearby port to unload the cargo and continued to a shipyard for permanent repairs. 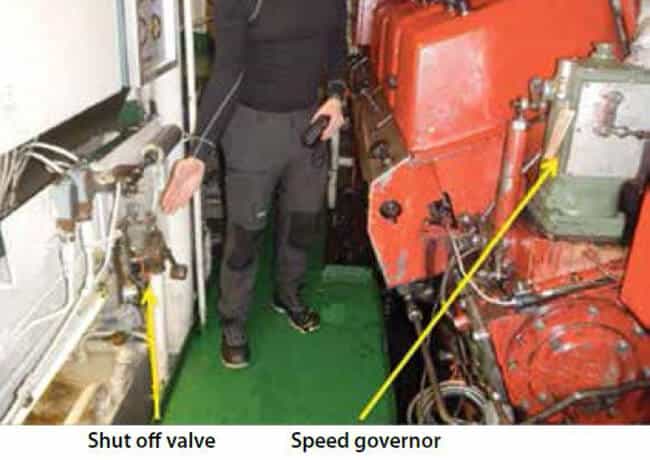 The accident investigation found that the vessel initially lost steerage and went aground due to a reduction in speed. This was caused by the unintentional operation of a shut-off valve that acted on the main engine speed-governor.