A general cargo vessel was making way in a busy traffic separation scheme (TSS). A bulk carrier was abaft the vessel’s starboard beam at a distance of 1.7nm and slowly overtaking.

The OOW of the general cargo saw another vessel forward, 20 degrees off his starboard bow at 3.9nm and with a CPA of 0.1nm. He did not acquire the vessel on the ARPA or use the AIS data to determine the vessel’s name or status. However, he assessed that the vessel was crossing their bow from starboard to port so he judged his vessel was the give way vessel. 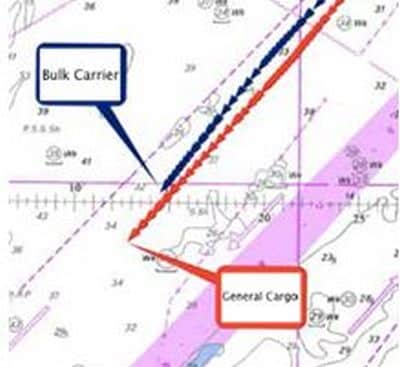 As it turned out, this was a fishing vessel engaged in fishing, not a crossing vessel. The fishing vessel began to manoeuvre to port to stay away from the commercial traffic but the OOW on the general cargo vessel did not immediately notice this. When he did notice the change of course, he was confused as this did not match his mental picture of a vessel crossing the traffic lane. His response was to continue to alter to starboard, putting the fishing vessel about 30 degrees off his port bow. By now he was becoming unsure of what to do – and in the following two minutes he made several alterations of course to both port and starboard. He was still unaware that this vessel was a fishing vessel that was manoeuvring out of his way. 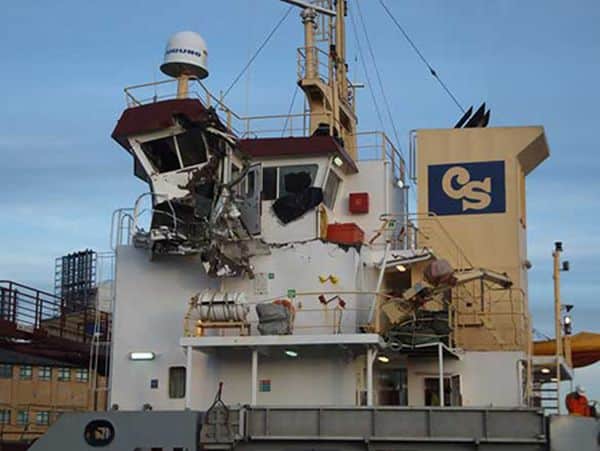 The coast guard TSS services, seeing the movements on radar, became aware that an ambiguous situation was developing and called the OOW of the general cargo vessel. A short conversation ensued and the TSS services inquired if the general cargo vessel was executing a 360 degree turn. Although this was not the OOW’s plan, he replied in the affirmative to TSS services; immediately after this conversation, the OOW selected hand steering and applied 35 degree starboard helm. Since the vessel was equipped with a high lift rudder the rate of turn increased rapidly. He did not realise that the bulk carrier was now about 500m off his starboard beam.

Meanwhile, the bulk carrier’s OOW had also been contacted by the TSS services and after a short conversation this OOW ordered hard port helm. Although he had been monitoring and was now aware that the general cargo was to do a 360degree turn, he did not think this manoeuvre was already underway. He assumed that the general cargo would pass ahead before starting the 360 degree turn. But within seconds he noticed that the cargo vessel was turning quickly towards him so he immediately ordered hard starboard helm. Nonetheless, soon afterwards the two vessels collided. 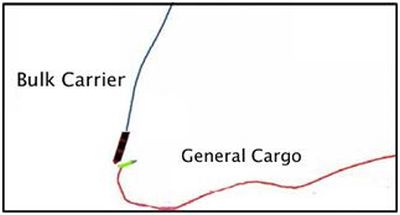