A small taxi boat with two passengers on board was crossing a navigation channel in dense fog. During the journey the Master had to rely on his electronic aids to navigation, including a newly purchased navigation system with radar and chart plotter. As they made way in the fog at approximately 15 knots, the Master pointed out to the passengers an echo on the radar screen; a small target that he explained was another boat that would pass close to them. Shortly thereafter, out of the fog, they saw the other boat pass by their port side. No other targets were seen on the taxi boat’s radar. 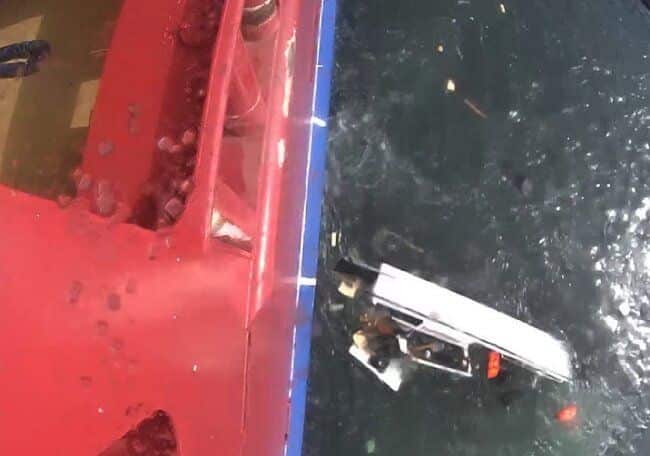 The official investigation notes that neither vessel took evasive action to avoid the collision as none of the vessel operators realised the other vessel was present. Although the official report is silent on why the operators of both vessels were ignorant of the other vessel, the absence of sound signalling from both ships is mentioned as a contributing factor to the collision. Also, the report mentions that had the taxi boat been equipped with AIS, there may have been a better chance of that vessel being detected by the ferry.