In the early morning hours, but still in darkness, a small container ship was making way at about 15 knots on autopilot with the officer of the watch (OOW) as the sole watch-keeper on the bridge.

The visibility was good and there was no traffic, so the Master had given the instruction for the OOW to be alone on the bridge while making way in darkness. A few hours into his watch the OOW began to feel drowsy, so he began walking briskly around the wheelhouse. 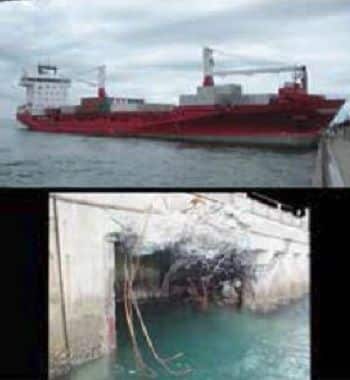 He then sat in the chair in front of one of the radars, confident he would not fall asleep. Somewhere between buoys four and five as they made landfall he fell asleep.

About 40 to 50 minutes later, at approximately 04:40, he woke up abruptly when he was thrown out of the chair by the impact of a collision.

The vessel had hit the sea wall on the northern side of a nearby bridge. 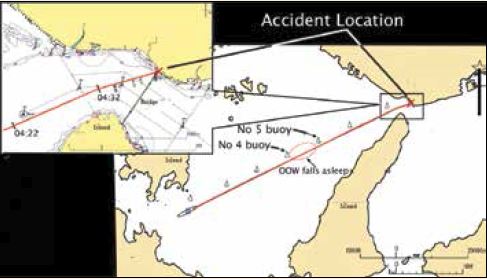 The ship was not equipped with a bridge watch navigation alarm system (BWNAS) at the time of the accident, nor was it required to have one.

Although this ship was ostensibly operating under a three watch system, fatigue can affect anyone if proper ‘sleep hygiene’ is not practised. It has been demonstrated in numerous studies that the average person needs seven to eight hours of continuous sleep for it to be truly recuperative. Working while fatigued is equivalent to working while under the influence of alcohol. Although a BNWAS is a device that can help prevent accidents like this (and today this ship would be required to have one), the real solution is proper rest for all crew and a proper lookout.

A Film on Seafarers’ Fatigue

Reasons and Symptoms of Physical and Psychological Stress On Board Ships