On 13 February 2014 at 1530, the Danish container ship Svendborg Maersk departed from Rotterdam, the Netherlands. The ship was bound for the Suez Canal, and subsequently the Far East. The master expected to encounter adverse weather conditions on the route. However, the forecast did not give rise to concern.

The following day, as the ship had left the English Channel, the weather conditions started deteriorating. In the afternoon, the ship suddenly and without warning rolled to extreme angles and a large number of containers fell over board.

In the early evening, the ship again suddenly rolled violently, reaching an extreme angle of roll of 41° to port. Again a large number of containers were lost over board and, now, the master considered the situation to threaten the safety of the ship. The master sounded the general alarm to muster the crew members. Later in the evening he assessed that the weather no longer posed an immediate danger to the ship. 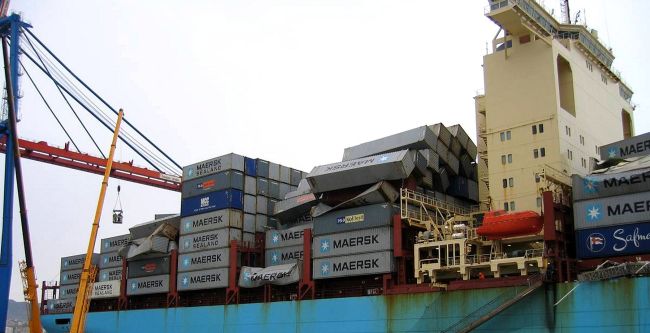 The weather conditions encountered were more severe than the forecast had predicted.

Svendborg Maersk proceeded towards Malaga, Spain, for repairs of the ship and removal of damaged containers on board. The ship arrived alongside at 1715 on 17 February 2014.

Lashing gear for 600-700 containers was found to have been damaged during the incident. The counting of the containers showed that 517 units had been lost over board. From the cargo documentation it was established that of these, 75 units contained cargo and the additional 442 units were empty. Another 250 units were found to be damaged.

A number of factors coincided and caused the incidents and subsequent consequences. In the analysis the DMAIB has addressed topics such as the master´s decision making and the information available to him, as well as optimization processes and the ship´s capability to withstand adverse weather conditions.