The National Transportation Safety Board issued Marine Accident Report 20-34 Tuesday, detailing its investigation of the Nov. 4, 2019, explosion of barge IB1940 in the Illinois Marine Towing Heritage Slip on the Chicago Ship and Sanitary Canal, near Lemont, Illinois.

The explosion occurred when the barge was being prepared for cleaning after its cargo of acetone had been unloaded. No injuries or pollution were reported in connection with the explosion. The barge was declared a total constructive loss, valued at $1.75M. 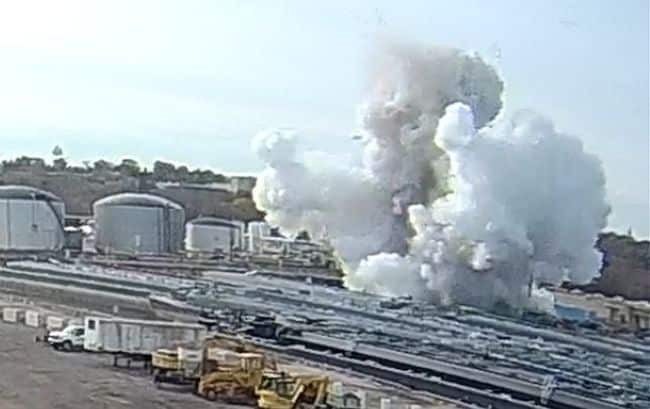 In the report, the NTSB says the probable cause of the explosion was incomplete procedures that did not incorporate the safety instructions included in the Illinois Marine Towing Facility Operations Manual for electrical bonding of air movers to barges.

The NTSB’s investigation revealed that while Illinois Marine Towing had written guidance to workers for tasks related to barge cleaning operations before the explosion, the documents did not include all procedures identified in the Facility Operations Manual, specifical guidance for bonding air movers to the barge.

Following the accident, Illinois Marine Towing updated its standard operating procedure for liquid barge strip-and-blow cleanings to a 13-page document that includes instructions for stripping tanks, verifying that all residual product has been removed from tanks, inspecting air movers before leaving the shop, and ensuring the bonding strap is attached and tested for electrical continuity between the air mover horn and the bonding clamp.