The vessel was en route to a European port. Deck maintenance was in progress, including repairs to a stand located at the cargo hold hatch covers. During the cutting of a steel bar using a portable grinder, the cutting disc suddenly broke into pieces. Part of the cutting disc (or possibly the steel bar) hit a nearby crew member near his right knee area. The wound was about 5cm long and 2cm deep and pieces of loose bone (or cartilage) were observed in the wound.

First aid was given immediately and medical advice was requested via radio. Treatment of victim was advised and it was decided to evacuate the victim by helicopter to a shore hospital for further treatment. 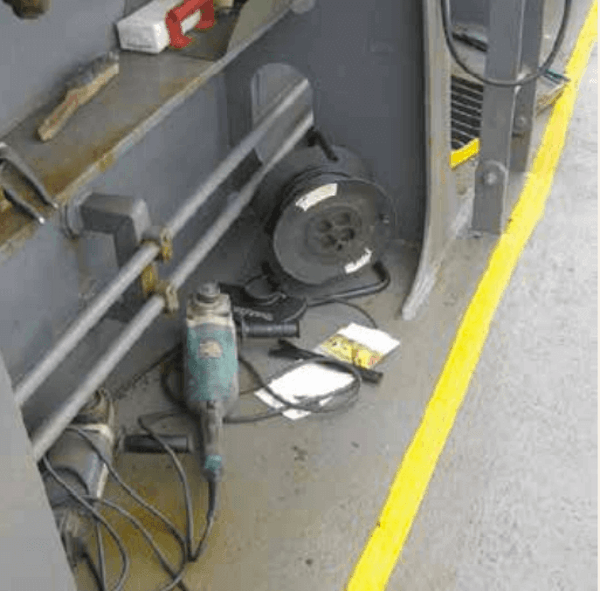 Some of the findings of the company report were as follows:
-A grinding disc had been used instead of a cutting disc.
-The grinder did not appear to have its protective cover attached.
-Grinding wheels are subject to deterioration if stored in damp or humid conditions. The effects are a reduction in bond strength caused by the ingress of moisture; this affects the balance and causes surface growth, which reduces the bursting speed.
-Grinding and cutting discs should be discarded after three years storage as physical deterioration during this period may render the disc unsatisfactory.

Lessons learned
-Always use the right tool for the task. In this case, a grinding disc was being used for cutting.
-Never detach or render ineffective safety devices such as protective covers – they are there to protect you.
-Grinding and cutting discs, among other power tools, operate at very high speeds. Make sure the various parts and consumables are in topnotch condition and of reliable quality