You are here: Home › Case Studies › Fire in Ship’s Gymnasium Due to Poor Quality Capacitors
TwitterFacebookLinkedInPinterestBuffer

Fire onboard ships can occur at the most unlikeliest of the places. One such fire incident took place in a container ship vessel at one of the least expected places.

The fire occurred in a container ship’s gymnasium. The crew responded properly to the event and quickly extinguished it. As a result of the fire, there was considerable smoke and fire damage to the bulkheads, ceiling and some sports equipment.

1 The crew had not used the gymnasium for three days prior to the incident, but the lights were left on;
2 It is suspected that a defective electrolytic capacitor of a panel ceiling light had overheated, and the escaping hot electrolyte and molten plastic sheath fell on and ignited a plastic mat lying on the deck directly below it; 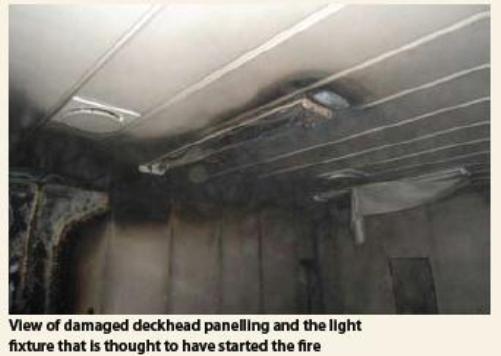 3 The Chief Engineer reported that he had already detected poor quality capacitors from the same manufacturer in the past, but he had not reported this matter to the company. A check revealed a further eleven capacitors which showed evidence of overheating and ejection of electrolyte.

1 All capacitors of the same brand were removed from light fittings on board; 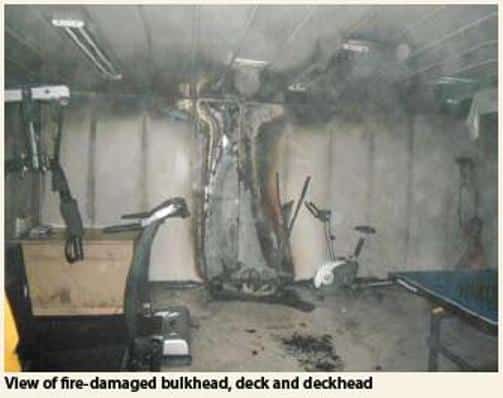 2 Crew members were reminded that the prompt reporting of even relatively insignificant faults or abnormalities can prevent accidents and generally improve health and safety;

3 Lights in unoccupied spaces and compartments not forming part of machinery spaces, accesses and/or working areas should be switched off when not required; 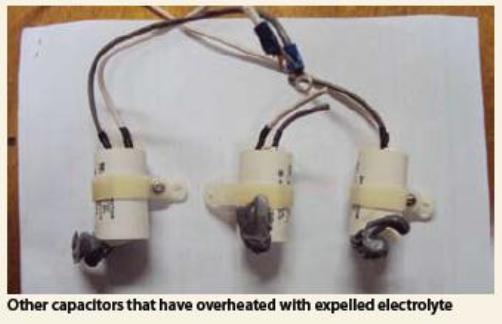 4 A safety alert was sent to all vessels with instructions to discuss the incident at the next safety meeting and to implement the above practices.